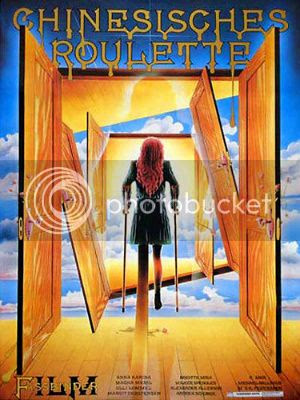 Angela Christ (played by Andrea Schober) is an unhappy little girl. She believes that her parents don't love her because she is handicapped. Unfortunately, Angela is also incredibly intelligent and is bent on making her family pay by manipulating them at every opportunity. Her mother, Ariane (Margit Carstensen), suffers the most and is at her wits' end. When Angela arranges a little party for everyone at the family mansion and suggests a game of Chinese Roulette (a psychological guessing game), tensions rise and everything goes straight to hell. Along for the ride are Angela's father, his mistress, his mother's boytoy, and Angela's "friends" (who are actually servants): Taunitz (Macha Meril), a mute, and Gabriel (Volker Spengler), a pretentious writer. Oh boy, this isn't going to be pretty. 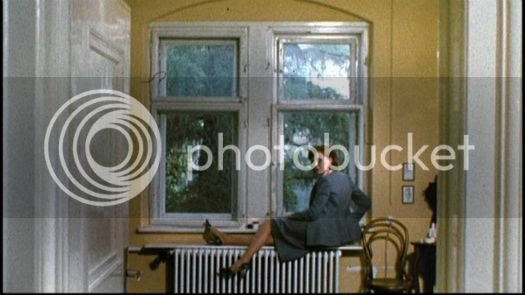 Chinese Roulette is almost exactly what I thought it was going to be like. A name as heavy as Rainer Werner Fassbinder of the New German Cinema meant only one thing to me: obtuse. I had a feeling that I was just going to stare at the screen blankly until it was over and then throw my TV across the room. The film is so deadpan in its delivery that if one was looking for a parody of German arthouse cinema -well, here it is. But what saves Chinese Roulette, for me anyway, is an impeccable cast playing a handful of fucked up characters and tons of style. There is also Fassbinder's ability to communicate a mood to the audience that is so tense and so dark that the animosity practically drips off the screen. 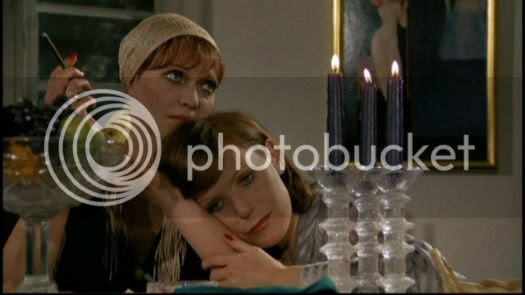 Peer Raben's score is a wicked combination of brooding composing and discordant electronics. That beautiful score and the electric and dangerous cinematography of Michael Ballhaus are my favorite aspects of this cruel gem. The camera never misses a meaningful glance (of which there are many) and will sometimes move very purposefully, sometimes even jarringly, to meet every whim of the director. As I mentioned before, everyone in Chinese Roulette is superb. Frequent Fassbinder regular Carstensen is excellent here and Euro horror fans will no doubt recognize Macha Meril of Deep Red and Night Train Murders. 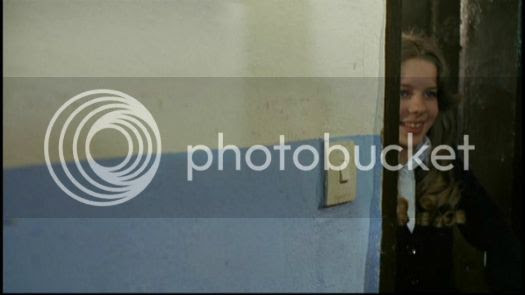 Entertainment value? Well, that's a tough one. Chinese Roulette requires all of your patience and your full attention. Light it is not. I got confused as to the rules of the game (the film's namesake) so I was totally lost until the end when I went back and re-watched the scene where the rules were explained. So yeah, the film is a lot of work for the viewer but if you're into it for the bleak atmosphere and the horror of human beings psychologically destroying each other, you'll love this film. Even though I am not a fan just yet (and frankly, I might not be) I am already looking into Fassbinder's other films. 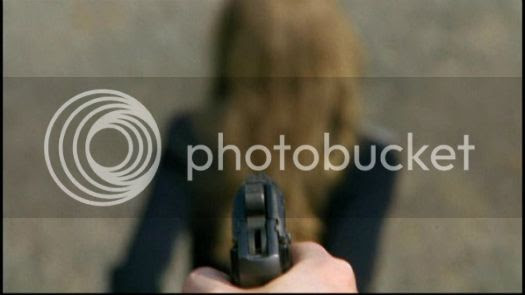 So is Angela right in torturing her parents? It seems to me at the beginning of the film that her mother is making an effort to love her daughter whom she doesn't understand. Infidelity is the key, of course. The fact that both her father AND her mother have taken lovers shouldn't really mean anything, right? But it does, it does! When it's revealed that both parents started cheating during tragic moments in Angela's life, it's hard not to see her side. Oh, boo fucking hoo! You're parents wanna get laid! It doesn't mean you should turn into a suicidal dickhead. Angela manipulates her own mother into nearly blowing her head off. She figures the guilt will be the ultimate punishment. Mom wrecks that shit by shooting Angela's best friend in the throat. Hilarious! And then there's that final gunshot... Hm... Is that Angela offing herself? I'd like to think so! But that is what's so great about Chinese Roulette, that open ending provides us with many, many possibilities of interpretation. Woo hoo!
Posted by Richard of DM at 7:00 AM

Email ThisBlogThis!Share to TwitterShare to FacebookShare to Pinterest
Labels: 1976, artsy, reviews, The 76th Of December