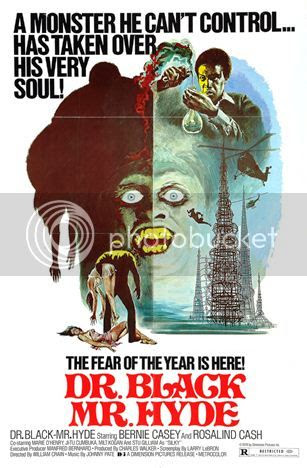 Dr. Henry Pride (played by Bernie Casey) is a kindly physician working at a hospital in a poor neighborhood. He is always turning down the advances of Linda (Marie O'Henry), an attractive prostitute with liver problems. With his lovely associate, Dr. Billie Worth (Rosalind Cash), Dr. Pride is working on an experimental drug to cure liver disease. He notices that it turns black rats into white rats. Another side effect is that the white rats turn evil and kill all the black rats. After several failures with lab animals, Dr. Pride realizes he needs a human test subject. After testing it on a dying patient with less than stellar results, the good doctor uses himself as a guinea pig.

After his "miracle drug" turns him into a big white creature filled with rage, Pride's evil side pursues Linda but she is terrified of him. The next day, when the effects have subsided and Dr. Pride is black to normal again, he reveals to Linda that he needs her to be a test subject for his drug. She declines but he tells her that refusal is not an option. Linda just barely escapes but others are not so lucky. Dead hookers begin showing up all over town. 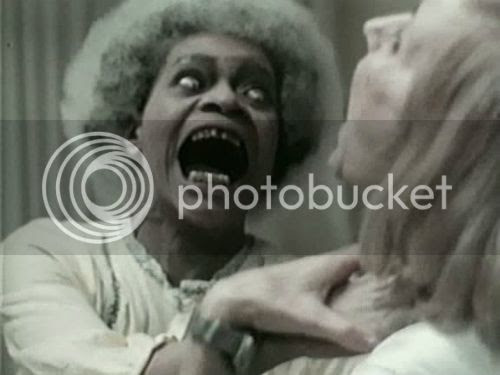 Director William Crain (Blacula) takes some trashy and hilarious material and transforms it into something trashy and hilarious. Composer Johnny Pate keeps things funky and awesome. The script is filled with all types of ludicrously corny pimps, hookers, and drug dealers. It's also got lots of cursing, melodrama, violence, and jive talkin' that makes the blaxploitation genre so magical. But at the heart of it all, the story is a timeless one: a man with a hole in his heart uses modern science (and killing hookers) to fill that hole and comedy ensues. 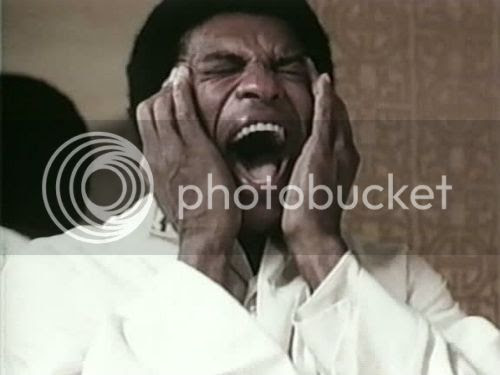 There might be a message to this film but whatever it is, it's so heavy-handed that it's laughable. When Linda tells Dr. Pride that he isn't black enough, I just wanted to climb into a hole and die. The more he becomes like his evil white self, the more painful the story gets. An antidote to this schlock is my favorite character: Lt. Jackson, played by Ji-Tu Cumbuka. He's a super-cool detective who uses big words like "insalubrious" and cuts a very imposing swath through the neighborhood. 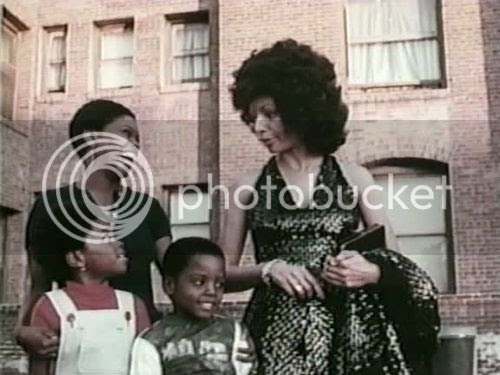 Despite its "white people are evil" vibe, which I don't take personally (because I happen to be a pretty righteous dude) or very seriously, I really love Dr. Black and Mr. Hyde. Bernie Casey really goes wild as Mr. Hyde. My favorite moment in the film is when Dr. Pride -in Mr. Hyde mode, of course- throws a hooker across a parking lot and then runs over her with his Rolls Royce. You should definitely check out this crazy flick, it's a wild and entertaining monster romp for the ages. Okay, maybe just one age: the sweet, sweet 70s. 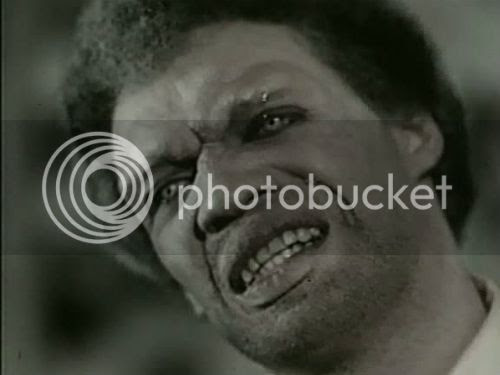 "I gotta call my mama, motherfucker."

"Yeah well, when you see her tell her she knows where to send the money."

"Well, you know if it had been the regular bit, like a murder, shooting, stabbing, beating -then we could understand it and have the proclivity to solve it. But this little lady has had her neck crushed like in a vice; meaning somebody has put some shit into the game. You know what I mean?"
Posted by Richard of DM at 7:00 AM