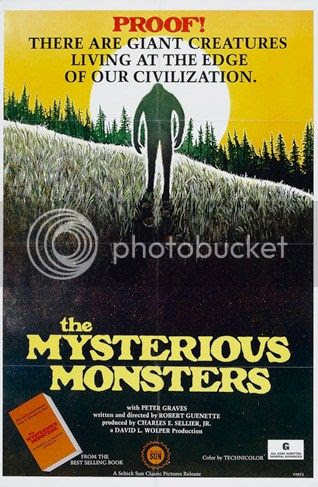 Peter Graves narrates this delightfully clunky documentary on creatures unknown such as Bigfoot and The Loch Ness Monster. There are interviews with eyewitnesses, actors pretending to be eyewitnesses, researchers, and actors pretending to be researchers. Man oh man, 70s people were batshit crazy for legendary beasts! The Mysterious Monsters is incredibly entertaining and captured my imagination when I saw it myself in the 80s. It was impossible for my kid-brain to distinguish between the "real" footage and the reenactments. Today, I love how this film provides "irrefutable" evidence of the existence of these monsters. Shit man, there is so much conjecture and not-so-subtle manipulation of footage going on that it is impossible not to get a kick out of The Mysterious Monsters. Despite some fun chills and effective moments, I remain skeptical. Oh, not of the Yeti. I believe in that! I remain skeptical that Graves didn't desperately need a paycheck.

"Now, I have something inside this case that I want to know something more about. Can you psychometrize what's in here without ever having seen it and tell me something about it? Anything?" 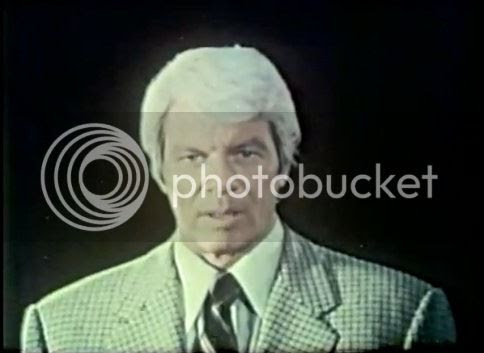 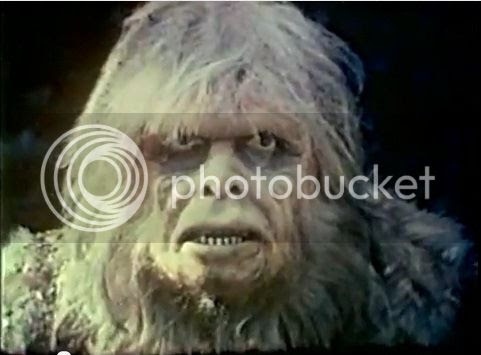 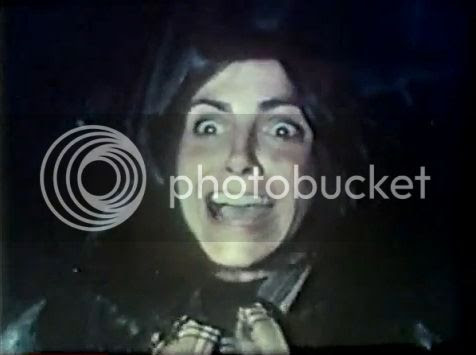 This film is currently on Youtube in its entirety. Enjoy!

Email ThisBlogThis!Share to TwitterShare to FacebookShare to Pinterest
Labels: 1976, documentaries, reviews, The 76th Of December