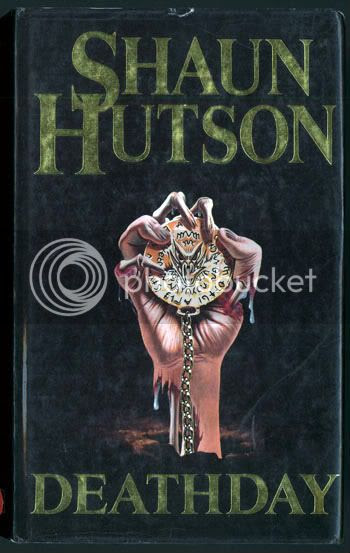 Ain’t it always the case? Someone lends you a book, you tear through it cover to cover, and the moment it’s over, you forget about it. This is just what happened with Deathday by Shaun Hutson, a gory tale of the undead rampaging in a small English town. My best friend Scott, a death metal obsessed gorehound, lent me the book in 1991 when our morbid natures were in full swing. I loved it! Around the same time I read The Scream by John Skipp and Craig Spector so the two books are intertwined in my brain.

Nineteen years later, I had a sudden urge to read this book again. Scott could remember it but had no idea what it was called. Plus, most of his books are currently packed away somewhere. I turned to the internet with what I could remember about the book but no dice. I hit up Will over at Too Much Horror Fiction but he said that my description of the plot didn't ring a bell. He did suggest that it might be The Fog by James Herbert but that sounded a little too good to be the one I was looking for.

Joe over at From Beyond Depraved suggested I look through this board for the answer. After searching through at least 30 or 40 pages (their search engine blows), I finally found it! Deathday. Um… That’s it? That’s the title? Oooookay. I didn’t remember it having such a lame title (probably why I couldn’t remember it). A few minutes later, I had ordered a used copy from Amazon for around $7. I got my hardcover copy in great condition in the mail in a few days and immediately started reading.

So what the hell is my own personal Holy Grail of splatter all about anyway? Two groundskeepers discover a grave underneath an old tree just outside the cemetery of an old church. Inside, they find a corpse with a golden medallion around its neck. One of the men takes the medallion with obscure writing around its surface. That night, the man, while suffering from a horrible headache and an unbearable sensitivity to light, gouges out his own eyeballs and two tiny glowing red orbs replace his missing eyes. He then slaughters his entire family, rips out their eyes, and disappears into the night, claiming more victims wherever he goes.

Enter Lambert, a police inspector with the small town’s police force under his command. This strapping young man has a crisis on his hands as this rash of murders begins to tear the town apart. Bodies are found with their eyes ripped out and there seems to be no motive whatsoever for the crimes. When the corpses start disappearing altogether, Lambert discovers something horrible: victims of these brutal attacks come back from the dead becoming mad, inhuman killers themselves. Knowing that his community may not survive this nightmare, he requisitions some serious firepower from Scotland Yard and arms his inexperienced police force. Are a few shotguns enough to stop the infernal horrors that the medallion has awakened?

Sounds cheesy, right? Well yeah, it is. Deathday is cheesetastic but the lightning fast pacing, the zombie-esque mayhem, creepy moments, and the splatter are what this is really all about. There is some almost comically predictable dialog in the book which caused some eye-rolling. And the relationship between Lambert and his wife Debbie is quite obnoxious. They are working through a traumatic experience from Lambert’s past so they drink a lot of booze and get it on. I mean, they get it on A LOT. The book would have been much better had there been one really good and steamy sex scene instead of several (I wasn’t counting) mediocre ones. Debbie does have a few redeeming moments but mostly her character is in damsel in distress mode. Lame. 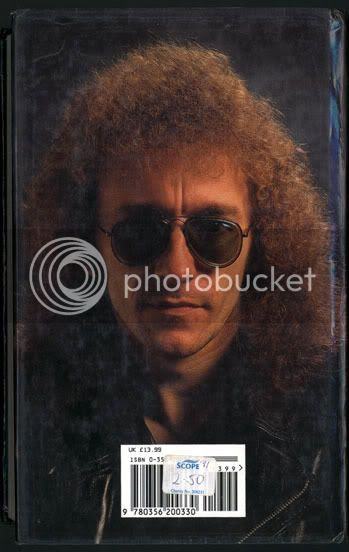 (The author after he was kicked out of Megadeth or Stryper.)

The other lame thing about this book is the introduction. The author basically apologizes for the book saying that he wrote it when he was very young and is now amazed that he ever got it published blah blah blah. Whatever the story behind the book’s creation might be, Hutson is obviously very passionate about Deathday or it wouldn’t be this fun to read. The action is intense, the gore goes flying, and the awkward and corny moments go by quick enough. Thanks to Hutson's cinematic style, this book would make a great movie and it’s a damn quick read that leaves you wanting more at the end.

Deathday was definitely worth tracking down and I'm sure there's still more cheap copies out there. Thanks to y'all awesome dudes who helped me track it down.