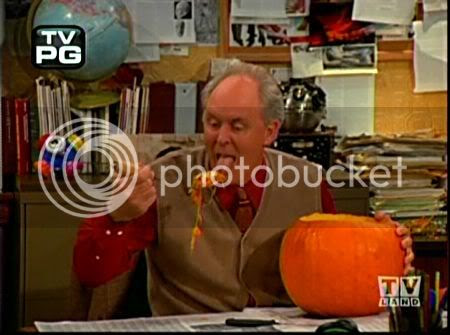 You know something? I friggin’ hated 3rd Rock from the moment I first saw it. I don’t know what’s wrong with me. The show has always seemed really irritating to me. Of course, I love John Lithgow but he just wasn’t a big enough draw. It is almost impossible for me to watch him do comedy and not think of his psycho roles from Raising Cain and Dexter. I’m not saying the guy isn’t hilarious but I get more than enough of his shtick on 3rd Rock from this one episode. Oh and I think that aliens are lame and boring. Sorry! 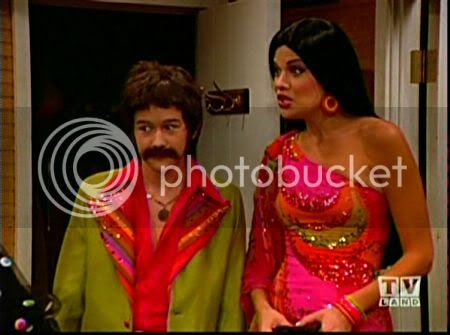 The show really goes all out for this Halloween episode and there are a whole lot of laughs here. I won’t even bother describing the plot. It is more complicated than I am willing to summarize for you. It's about these three aliens disguised as humans and stuff happens. There. You like that? Just know there are some great moments that make 3rd Rock worthy of its classic sitcom status. Can you tell that I'm a huge fan? 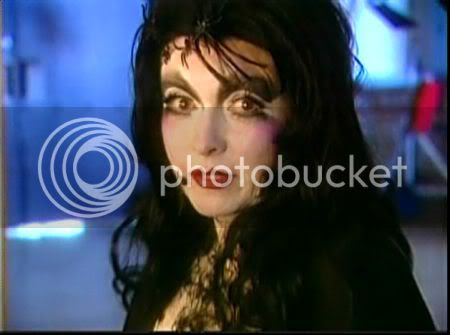 Is it unthinkable sarcasm or sub-irony when I admit that I like Martha Stewart? Am I just being a sardonic and cynical snob when I gush about this freakin’ fantastic Halloween special? The answer to both of these questions is: “Naw, fuck it, this shit is so good.” The woman has made a fortune keeping upper middle class ladies’ hands busy for the last 30 years and I don’t know why but she’s kind of fascinating for some reason. 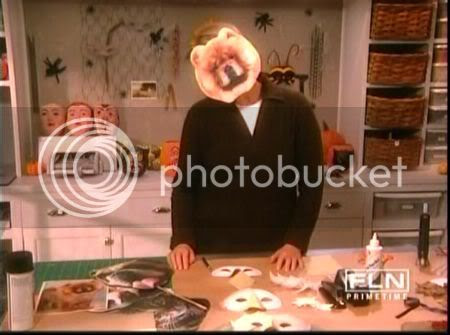 My wife LeEtta gets pretty crafty sometimes and occasionally picks up Martha Stewart’s magazine while in line at the grocery store. I don’t get this but she says that it’s an okay mag. We weren’t all that into her show either but my obsession to record a bunch of Halloween specials one year led me to get “Bad Things, Good Things” on DVD-R. And I’m really glad I did. This special gets better with every viewing. It is equal parts entertaining and ridiculous. Stewart claims that Halloween is her favorite holiday and she puts way too much effort into these cheesy ass decorations. 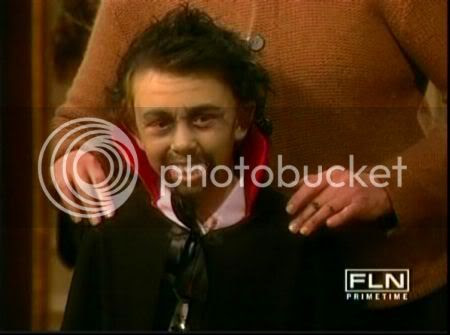 I can’t really say how much of this special is actually good and how much of it is just painfully hypnotic. When it comes to holiday specials, I fight for my nostalgia even when it doesn’t exist. I will make something that I normally don’t give a shit about into the most important thing. Like the Halloween episodes of things like 3rd Rock from the Sun or Lawrence Welk, Martha Stewart totally redeems her entire annoying career in one magical tribute to my favorite holiday. I am suddenly imaging Lawrence Welk and Martha Stewart trying to kill each other with an accordion and a bone folder. 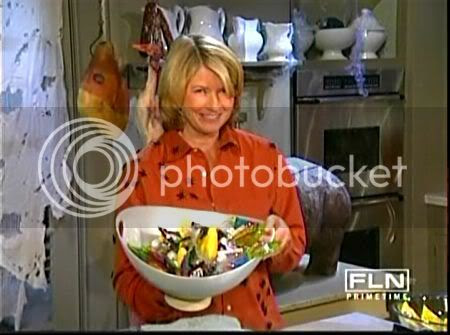 While I’m here, I might as well confess to my love for that Whatever, Martha show where Martha Stewart’s daughter and her friend heckle the worst bits of the old episodes of Martha Stewart Living. It’s a catty and bitchy show that, as a guy, I probably shouldn’t be watching. But what am I gonna do? Watch fucking football? Come on! But anyway, if you watch this particular Halloween episode which is mostly a hodgepodge of bad Halloween crafts, I doubt you're going to run out and try any of Martha's delightfully quaint and corny ideas. But you might get a little sample of a very strange planet where no one has anything better to do than carve about 2 dozen pumpkins of varying sizes to make a stupid pumpkin snake for the path up to your front door. Spooooooooooky!
Posted by Richard of DM at 7:32 AM