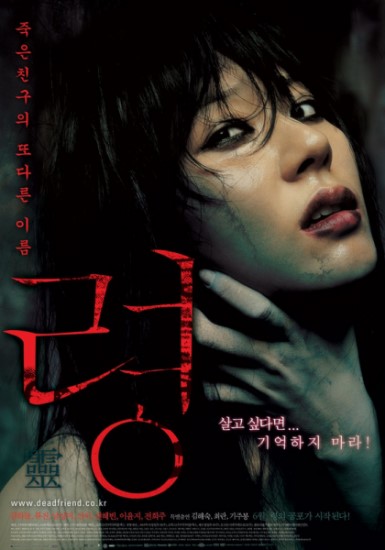 A ghost that can spontaneously drown its victims, even when there are no canals or estuaries nearby, has been taking out a clique of snooty girls. Amnesiac Ji-won (Ha-neul Kim) is in grave danger of being the next victim if she isn’t able to access her lost memories. This is one of the films that I just had to revisit for this blog-a-thon because damn it, I know I’ve seen it before, but it had flown out of my brain immediately after watching it. And sure enough, as I’m writing this review, I’m struggling to remember it again.

What you’re getting here is a very generic ghost story with some fun twists to throw you off the trail. I like the performances from the cast and the atmosphere ain’t half bad. The Ghost is not a bad movie at all but it’s as forgettable as you’d expect a movie titled The Ghost to be. I like the alternate title Dead Friend much better. This is kind of worth seeking out but just like Ji-won, you’ll have to keep watching it every few years (or weeks) to friggin’ remember it. Director Tae-kyeong Kim is also responsible for another film called Muoi: The Legend of a Portrait (2007). I can remember that one!