He Made Me Do It: Cry_Wolf & The Road Warrior 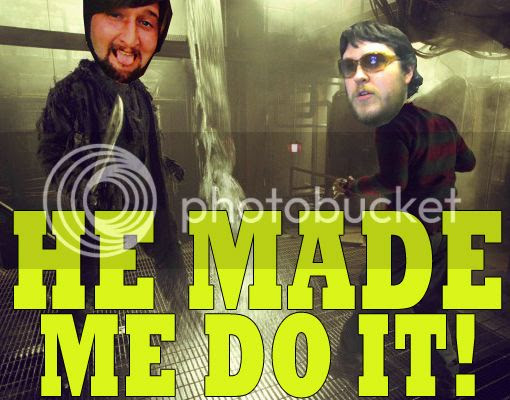 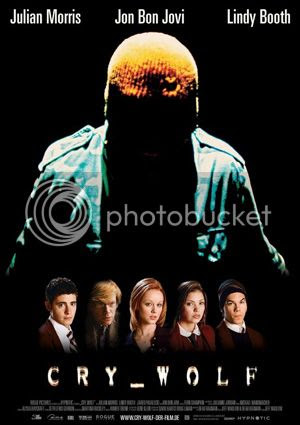 Brad: I want you to see Cry_Wolf because it is underrated. Had it been made in 1982 it would be talked about more often. It is a teen slasher and I know how much you like them like I do. It is better in my opinion than a lot of the remakes lately and the killer looks like the killer in Sergio Martino's Torso.

Richard: Getting me to watch a teen slasher film is as difficult as getting me to breathe or eat peanut butter or forget to trim my beard. When the trailers for Cry_Wolf were on TV back in '05, I almost gave myself a migraine from rolling my eyes at the trailer. The film came out, it disappeared, and that was that. I was pretty surprised to hear from you that it was actually good. I was even more surprised when I found out you were right. Thanks to its quick pacing and decent writing, Cry_Wolf easily stands up alongside films like I Know What You Did Last Summer and Urban Legends, two of my favorite late 90s guilty pleasures. I agree with you that had this come out at a different time, genre fans like myself may have given it a fair chance. My favorite Jon Bon Jovi song is his performance in this movie. 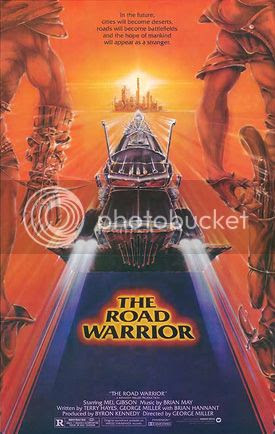 Richard: You need to see The Road Warrior because it is a rite of passage for every little boy before he can become a man. It is exceptionally well made and one of the best (if not THE BEST) post-apocalyptic action movies ever made. It is also incredibly stupid. Why are people driving around and wasting gas while they are looking for gas? Oops! Try not to think about that. Just enjoy the ride.

Brad: Why had I not seen The Road Warrior before? Who knows? Not me. Especially as I love a lot of the knock offs that folks (Italians) made after it came out. I loved every second of it. Tons of style, great stunts, amazing stunt driving, and gruesome special makeup effects. I have now changed my name to Lord Humungus and I have also found a new way to dress. Mel Gibson does a great Australian accent. Who'd have thunk it? Weird.
Posted by Richard of DM at 7:00 AM

Email ThisBlogThis!Share to TwitterShare to FacebookShare to Pinterest
Labels: action, Brad, He Made Me Do It, slashers