Well, dear friends, it looks like this is the last of Franco's films. Yep, I can't believe I went through them all. It's been a wild ride, everybody! Thanks for hanging out with me but the guy only made so many films. Ahh yes that was very satisfying. Wait, what's that you say? Jess Franco made more than 7 films? I did not realize that. Okay, I guess I'll keep going. 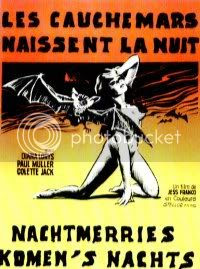 Anna (played by Diana Lorys) is losing her mind. She is tormented by nightmares as well as her lover Cynthia (Collette Giacobine), a domineering and abusive beyatch. Cynthia calls in Dr. Paul Lucas (Paul Muller) to help Anna work her way through her problems. She resists at first but eventually Anna opens up to Dr. Paul and tells him of her nightmares, of her days as a strip tease artist, and how she suffers in her very not nice relationship with Cynthia. Meanwhile a young woman (Soledad Miranda) watches from a nearby house with her lover. She is waiting for something. Something is definitely going to happen. I hope. 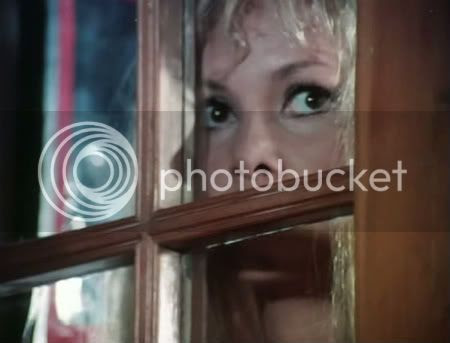 I’m not going to lie to you, folks. I had a tough time getting through Nightmares Come at Night. The movie spends more time on the softcore bits and not nearly enough time on the nightmare bits. This was bound to happen. I hate to appear so prudish but after the initial “Oh awesome!” of a nude scene, I start looking at my watch pretty quickly. This film is definitely worth watching though even if you’re an un-perv like me. The score by Bruno Nicolai is superb and the cinematography by frequent Franco collaborators Manuel Merino and Jose Climent makes even the most mundane moments of this film look gorgeous. 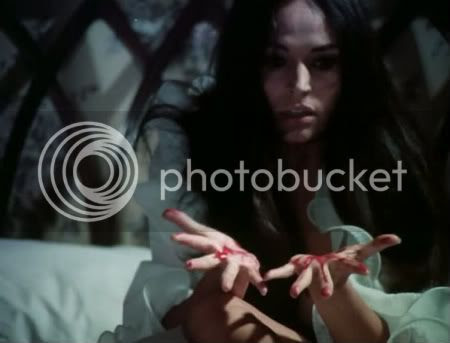 Diana Lorys, who was so awesome in Blue Eyes of the Broken Doll, is very good here (not to mention her voluptuous body is just mindboggling). It is easy to care about her character Anna and you really want to her just snap and take an axe to that Cynthia chick (she doesn’t). Jack Taylor of Night of the Sorcerers and The Vampire’s Night Orgy is in this one as some kind of a sex guru and is also the subject of Anna’s nightmares. If Paul Muller looks familiar it’s because he’s been in every dang movie ever. I know him best from Lady Frankenstein. IMDB lists Howard Vernon as being in this film but I can’t remember him at all.

The only thing about this movie that really irks me is the freakin’ DVD from Shriek Show. The cover art features Soledad Miranda as though she were the star of this flick. That just ain’t the case here. Miranda’s character is totally useless and we only see her a couple of times in the movie. Her best moment happens when she is sitting on a mattress, guzzling a bottle of wine, and wearing nothing but thigh high leather boots and a shawl. Scrawled in red paint on the wall behind her are the words “Life is all SHIT”. That’s pretty impressive for sure but Diana Lorys should have been on the cover, damn it. She’s the star of this freak fest. 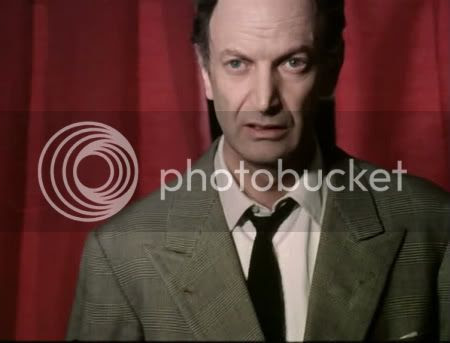 Nightmares Come at Night really outdoes itself with the Euro-sleaze factor. This film is practically a comedic parody of every trashy arthouse piece of Euro-quackery from the seedy 70s. It’s artsy, it’s pretentious, it’s got extended lovemaking scenes that drag on for what seem like forever, and yet, it’s also kind of great. This haunting flick definitely stays with you long after it’s over. Hell, it’s even got a little bit of a giallo feel to it and you know I dig that. Leave it to Franco to take a whole bunch of nothing and make it a soft focus daydream (not as nightmarish as the title would suggest) with moments of unbearable tension and brooding sexiness. 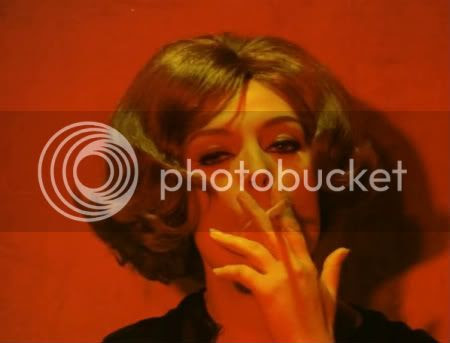 “To escape a dream… Go through the long corridor to the past. And death… And pleasure… Begging me to join in. It attracts me irresistibly.”