I wanted to review this film back during The Invasian but I couldn't quite work it in. So here we go. Rock and fucking roll, y'all. 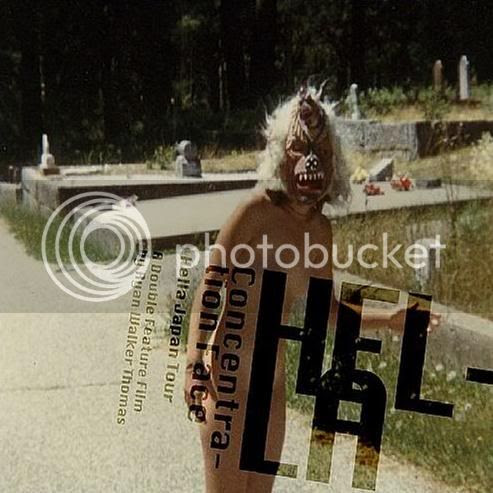 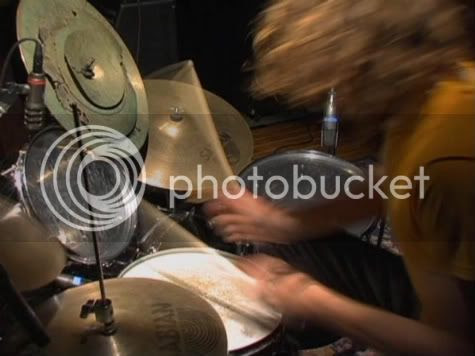 Where is the singer? 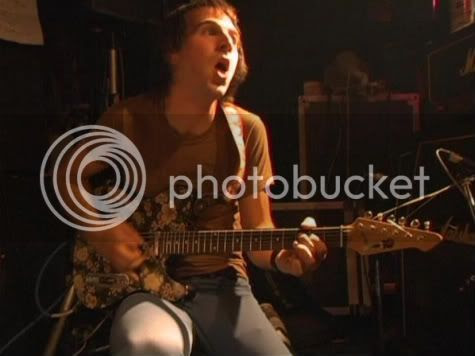 Where is the bass player? 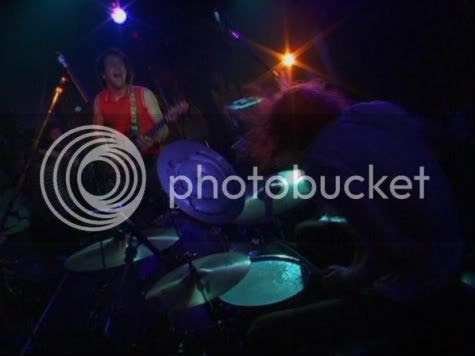 What the fuck is this?

These are questions that people might ask when first encountering Sacramento California's Hella. However, if you were to show them Concentration Face, the film of their 2004 mini-tour of Japan, they might understand. While guitarist Spencer Seim and drummer Zach Hill flawlessly recreate a healthy portion of their first two albums Hold Your Horse Is and The Devil Isn't Red on the stage, there is still so much more to their live show. To put it bluntly, these guys are pretty weird and they are prone to manic bits of improvised rock insanity. 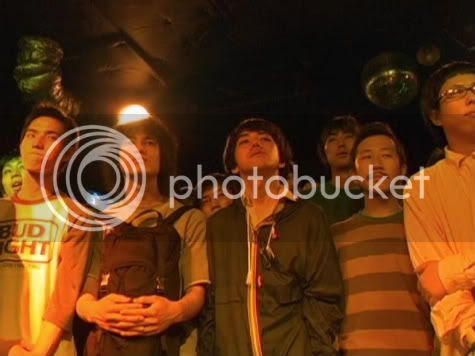 Shot over a period of 5 days in May of 2004, Concentration Face is divided up into two hour and a half sections. The first half shows the band playing live, traveling from city to city, encountering interesting and sometimes strange people, clips of some great Japanese musicians they played with, disheartening mishaps, and the mysterious cultural mayhem of millennial Japan. This first half is edited with a great deal of care and some excellent experimental moments come across very well. It deftly captures the insanity of a touring band in a foreign country even without the drugs (presumably), the booze (I think I saw someone drinking a beer), or the groupies (I'm losing you, aren't I?). I told you these guys are weird. The second half of the film is the band's live set in it's entirety on their last night in Japan. If you are into Hella and have never seen them live, this is the way to go. 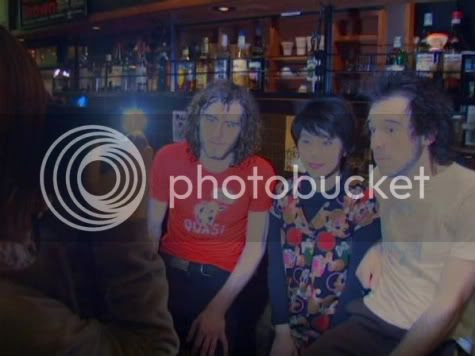 There are only a couple of dramatic moments in Concentration Face. In one scene, Spencer Seim's amp blows out, forcing him to use a horrible house amp for the night and it's almost comical how terrible he sounds that night. Of course, the band soldiers on and the gig is saved. On another night, Zach Hill sprains his ankle in the middle of a gig and they are forced to stop. For several agonizing minutes of the film, Zach is sitting with his entire foot and ankle encased in ice while his entire leg shakes like a leaf. Oh man, it all sounds so silly here but trust me, it's difficult not to be completely mesmerized by this film. It is clear that the band is having a great time in Japan and the audience at each of their gigs, though vastly different from a rowdy American crowd, is loving the crazy and insane instrumental insanity of Hella.

This DVD also comes with a CDEP called Homeboy and is insanely cheap compared to most concert films. The sound quality is great and the cameras never stop moving, capturing all kinds of cool little details like the pools of Zach Hill's sweat underneath his drumkit and Spencer Seim's hilarious guitar-playing faces. If you like the genre known as "math rock" (I can hear your eyes rolling) or are even just moderately curious about this band, I suggest buying Concentration Face. NOW!