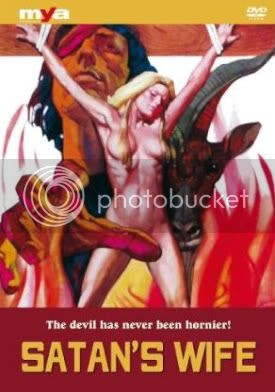 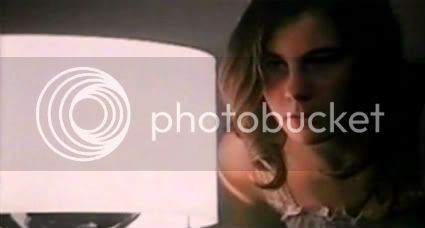 The film opens with a disco satanic ritual featuring some nude dancers. Then we meet Carlotta (played by Anne Heywood), a former Satanist, and her daughter Daria (Lara Wendel), who Carlotta suspects is the child of Satan. Daria spends her time being a total asshole (so she has to be the devil’s kid) by torturing her teacher (Valentina Cortese) and a boy from her school. Carlotta seeks help from her witchy friends and even an evil priest (John Phillip Law) but Daria is too strong for them all. There is a final showdown but you’ll only see it if you’re still awake at the end of the movie. 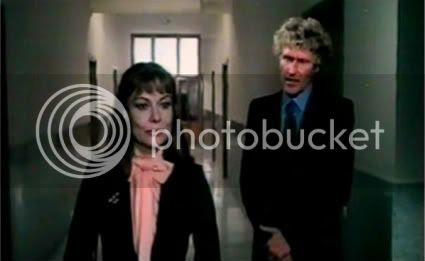 If you were looking for the worst satanic horror film ever made, you’d meet up with Satan’s Wife on your way down the list. Way, way down. Pier Carpi serves as both director and writer on this one and botches them both pretty good. The film is also edited poorly and it feels as though scenes are out of order but they probably aren’t. The dubbing is particularly atrocious as are the lame visual effects. Stelvio Cipriani’s score is a synthmare (which I normally appreciate) but sounds awfully familiar. It may be made up outtakes from other better film scores. 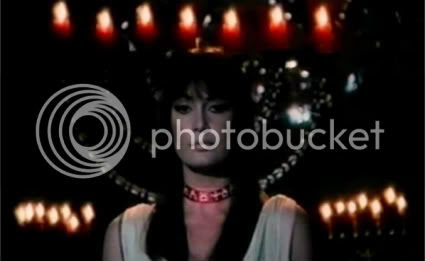 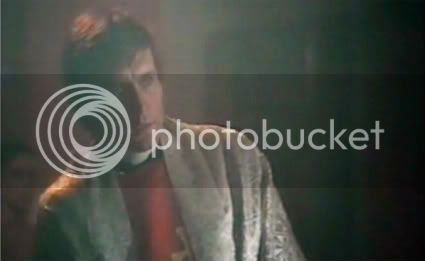 One reason to check out this mess is for all the great actors on hand. Anne “Chiseled Cheekbones” Heywood of The Killer Is On the Phone is great as the exasperated mother of the daughter of Satan. Heywood is always good for some Joan Collins level silliness and this film is no exception. Dig on her rocker makeup for the big final ceremony. Valentina Cortese of Juliet of the Spirits and Irene Papas of Oasis of Fear are pretty great and do a fine job in this terrible flick. John Phillip Law and Marisa Mell of Diabolik? What the hell? Were they bored that year or something? The insanely beautiful Paola Tedesco of Watch Me When I Kill is here as well but I will she wasn’t. Tedesco, who hasn’t acted since the early 80s, is totally underused in this film. 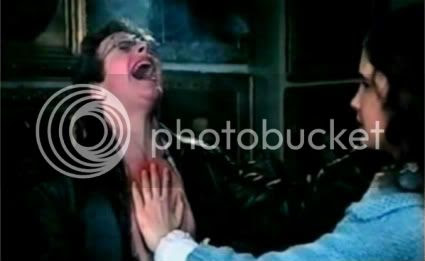 Lara Wendel would show up for a grisly death scene in Tenebre a few years after this nightmare. She would even get starring roles in Umberto Lenzi’s Ghosthouse and the terrible Joe D’Amato produced Zombie 5: Killing Birds. In Satan’s Wife, Wendel has some pretty cool moments but mostly this child of the devil doesn’t act very evil. Daria just seems like a smug teenage jerk who is obsessed with dolls and occasionally talks directly to the camera. The potential is there for a really creepy performance but Pier Capri’s confused script just isn’t up to the task. 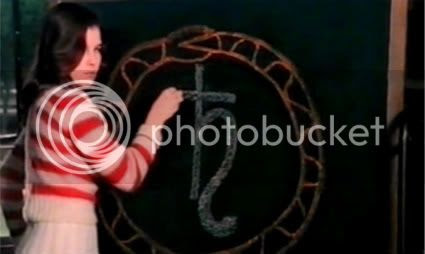 It’s impossible not to be a little underwhelmed and/or insulted by Satan’s Wife but if you’re like me, you’ll ignore the bad reviews and watch this sleazy crap anyway. Pier Carpi’s film is a bottom of the barrel Exorcist/Omen-clone but it does feature some unintentional comedy from the terrible dialogue, pitiful overacting, and wacky opening dance number. Pretty much everyone involved (except the director/writer) has done better work elsewhere. There are some interesting elements like how all of Carlotta’s old satanic buddies’ lives are destroyed because of their alliance to the dark lord. Hey, you know what? This film features a chess analogy! Okay, okay, don’t watch this one. 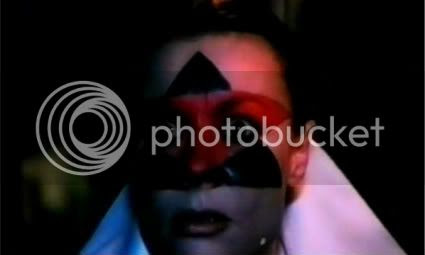 “Where did you get my sword? I told you never to go near that cupboard!”

Here comes another Mya Communication bootleg and that’s totally cool with me. If anyone spent any time trying to restore Satan’s Wife, they’d probably take a look at the final product and then go on a killing spree. The film looks a little murky and quite scratchy but definitely watchable. The English audio is in decent enough shape. There is an Italian audio track available on the disc but no English subs.