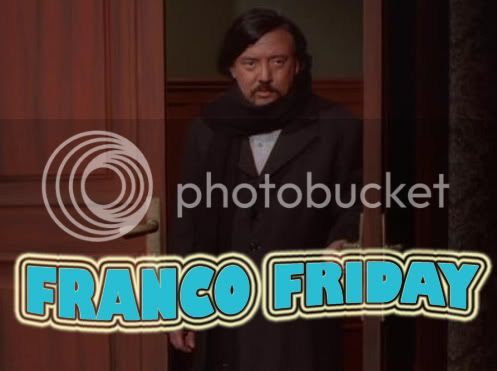 I had to struggle with this one and it was mostly a happy struggle with some deep, unforgettable strains of weepy depression. This is Franco being racist against bats. That's not a metaphor. Duder hates bats. I wrote this review too fast and had to take about eight hours off to think about things. This is the result. Did I mention that I have given up caffeine? 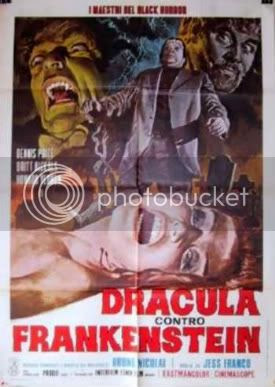 Victor Frankenstein (played by Dennis Price) kills Count Dracula (Howard Vernon) and then takes him in bat-form back to his lab so that he can create an “Army of Shadows” to take over the world or the underworld or whatever. He then resurrects Dracula and has him drinking the blood of chicks and by that I mean ladies. Pretty soon, Dr. Frankenstein has a few too many vampires and they start running rampant around his castle and the nearby village. After his wife (Paca Gabaldon) is kidnapped by the Frankenstein's monster and he is beaten and left for dead, Dr. Jonathan Seward (Alberto de Dalbes) is nursed back to health by a gypsy woman (Genevieve Robert). She enlists him to help stop Frankenstein from spreading evil all over the world. 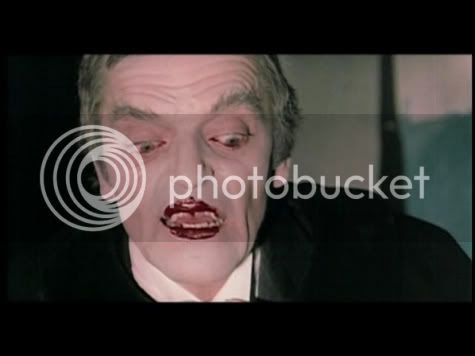 Director Jess Franco attempts to combine a full on monster mash-up with a subtly beautiful gothic horror poem. Is he successful? I can say, without a doubt, that he…is? Dracula, Prisoner of Frankenstein was shot, as far as I can tell, back to back with The Rites of Frankenstein making use of some great locations but this time the camera is in focus more often. Yay! While not quite as in-your-face manic as Rites, this film is still the work of a kooky Spanish duder with an insane imagination and a mountain of determination. I'll stop rhyming now. 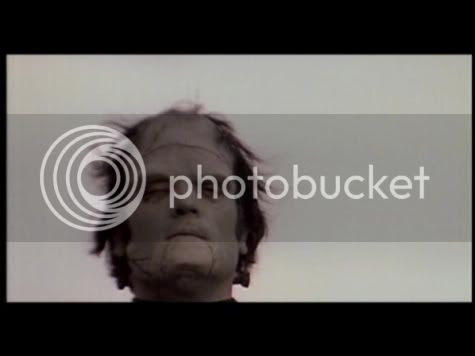 At times, it seemed to me like the quieter and prettier moments of this film felt like something that Jean Rollin might cook up. And then, once the monsters start duking it out rather pathetically (notice I did not say “unenergetically”), Dracula, Prisoner of Frankenstein feels like something Al Adamson would have been proud to have directed. Like I said, the locations are great with the spooky old castle and the dilapidated village and stuff. Heck, there’s buckets of atmosphere in this film, hampered only by the stuffy library music which gets way more time than contributions from composer Bruno Nicolai. I hope that Dennis Price was instructed to act like a stupid and moronic dumbass idiot on camera because those are the results he gets. Every scene he’s in, he has these little fits and starts that make we want to give up the ghost. On the opposite side of the spectrum is Howard Vernon. This duder is as stiff as a board as the Count. Best mannequin impression ever. Even the stone-faced Luis Barboo gets lively by comparison as Morpho, Frankenstein’s assistant. Morpho? Hm... Where have I heard that name before? Gee, I wonder. 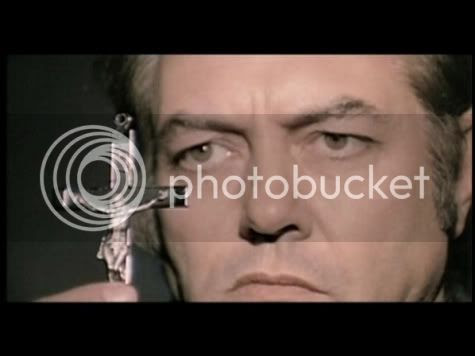 I must warn you, animal lovers, there is some bat abuse in this one. Old cheapskate Franco splurged on this film and got a live bat. I know what you’re thinking: “How many times have I seen a real bat in a European horror film? Oh yeah, NEVER!” (Well, almost never.) Anyway, Mr. Jess Moneybags decides to drown this poor little buddy in a beaker full of fake blood. This is supposed to represent Dr. Frankenstein resurrecting the Count. Well, it’s fucking stupid and pointlessly cruel. I don’t care if bats are vermin, they don’t deserve a slow, agonizing death. Oh and there’s another bat (hey why not waste two?) dangled in front of the camera by its wings. I thought I’d mention that if you were gonna keep score or something. Why do I watch this garbage? 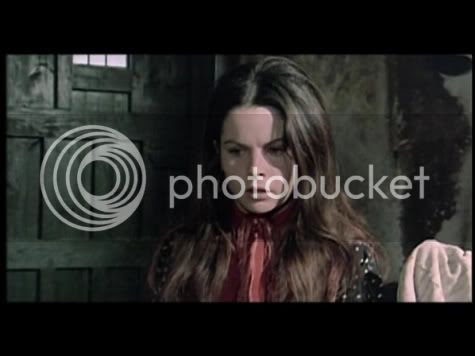 How cheap is Dracula, Prisoner of Frankenstein? How’s this: a group of villagers are seen storming the castle with recently extinguished torches! Hickory-smoked motherfuckers can't even afford matches. This movie is cheap beyond adjectives that describe cheapness but when has that ever stopped Franco? The gloomy atmosphere, minimal dialog, and (maybe intentional) comedy make up for lack of funding on this one. If only Franco's Count Dracula had been this deliriously fun. 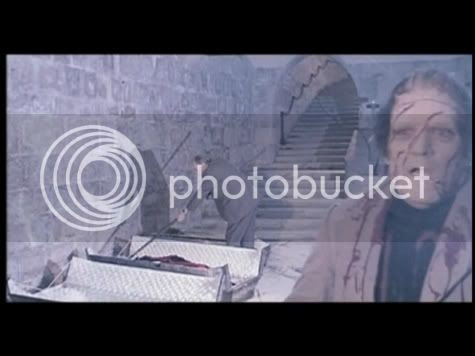 So, damn it all to hell, I kind of like this movie and I feel very conflicted about it. This one is very daffy but combine that with how somber this one feels and you get a nice dichotomy of tones. Or just a rich, creamy lather of “What the fuck am I watching?” I only recommend this film to people who hate bats and those who have found out that they are desperate Franco addicts. Despite the glaring faults like bat abuse and a pubic hair werewolf, Dracula, Prisoner of Frankenstein lingers in the mind long after it is over.
Posted by Richard of DM at 8:57 AM