A Candle for the Devil 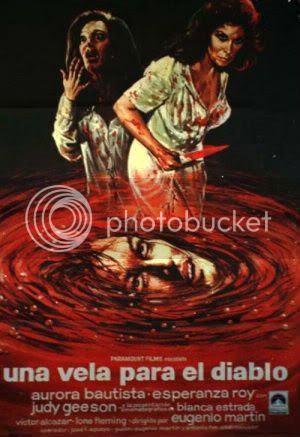 At the Two Sisters Inn, Marta (played by Aurora Bautista) and her sister Veronica (Esperanza Roy) like to keep things nice and quiet. AND MORAL! When one of their guests decides to sunbathe topless on the roof, Marta chastises the young lady and then accidentally pushes her down the stairs to her death. Then Laura (Judy Geeson) shows up. She was supposed to meet her sister (the dead sunbather) at the inn but the sisters tell her that she has already left. A new guest named Helen (Lone Fleming) shows up and she is a wanton slut, at least in the eyes of the sisters.

Helen and Marta have a rather unpleasant discussion and Marta takes its bloody outcome as a sign from God. So, with the meek Veronica in tow, Marta starts eliminating their female guests who partake in the sins of the flesh because they think that is what God wants them to do. People keep disappearing and Laura becomes more and more suspicious about what is going on at the inn. With the help of her dead sister’s friend Eduardo (Victor Alcazar), Laura tries to get to the bottom of what’s going on. But let me tell you, she ain’t gonna like what she finds! 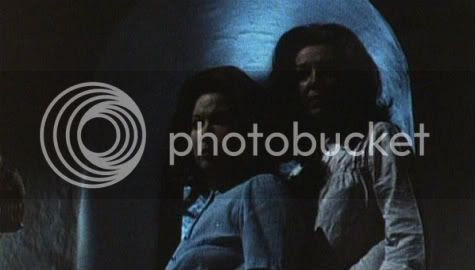 When I first saw this film under its It Happened at Nightmare Inn title, I was intrigued but frustrated. All of the nudity (of which there is a lot) and bloodshed were trimmed out. It was cut so bad that you had no idea what the hell was going on. But I was intrigued by this film’s malevolent atmosphere and the clues that someone behind the camera knew what they were doing. In the back of my head I knew that one day I would track this film down. Man, I must be psychic or something because here it is. 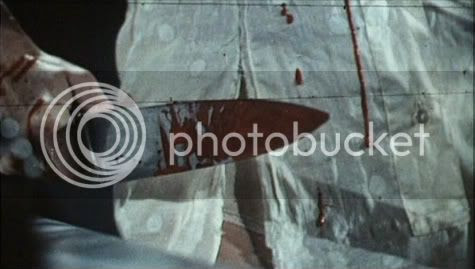 A Candle for the Devil is an excellent film from director Eugenio Martin, best known to horror fans for his wildly entertaining Horror Express. This film paints a portrait of a hypocritical zealot whose shame towards her own repressed sexual desires manifests itself in violent fury upon those she finds morally objectionable. There’s my thesis. I’m outta here. Anyway, the film sports a sweet jazzy and funky score from Antonio Perez Olea and solid camerawork from Jose F. Aguayo. And the locations are perfect with their old world charm and foreboding undertones. 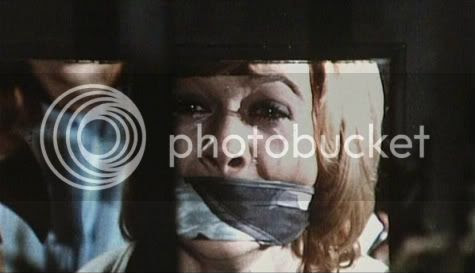 My only complaint is for the casting department. Judy Geeson of Fear in the Night is good as the heroine but for me, she takes some getting used to. At first, I hated her but now I’ve grown accustomed to her face. It doesn’t help that her voice (probably dubbed) sounds like she’s mainlining helium. The rest of the cast however is just awesome. Two aging sexpots like Aurora Bautista and Esperanza Roy totally nailing their respective roles just makes everyone else look bad. I really liked Lone Fleming of Tombs of the Blind Dead as Helen, the short-skirted, trampy, and slightly insane tourist. 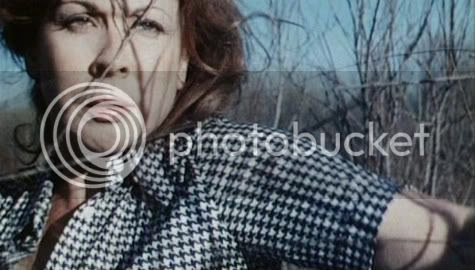 Seeing this version of A Candle for the Devil is a dream come true for me. What was left out of the It Happened at Nightmare Inn was pretty much everything and it pisses me off that this cut of the film isn’t easily available here in the States yet. And while it’s not the greatest Spanish horror film ever made or anything, I believe that this film needs to find some new fans immediately. Once the first victim dies, even though it happens accidentally, you just know that some crazy shit is about to go down. A Candle for the Devil is gruesome, sexy, and demented. Highly recommended. Oh and there’s some cannibalism going on too.

If you’re like me AND I KNOW YOU ARE, DUDER, then you are itching to replace the 67 minute version of this film entitled It Happened at Nightmare Inn. I knew this movie was special and the totally neutered cut couldn’t hide that fact from me. So I grabbed this copy from Amazon UK and it turns out to be totally awesome and totally uncut. The print is scratched to hell and a little fuzzy but it is in widescreen and the sound is decent. The extras on the disc include some promotional stills for A Candle for the Devil and trailers for some other horror titles. Get it. You’ll be glad you did.
Posted by Richard of DM at 7:00 AM