After last week’s shameful debacle, I was ready to give up on this venture. How can anyone who watches Macumba Sexual still want to watch 41 more films by Jess Franco? I must be a fool. After Bloody Moon, I was thinking of calling him St. Jess but after Macumba Sexual I wanted to eat a box of light bulbs. A famous woman once said, “You know what? So What? You marry a Marine, you deal with what you gotta deal with to keep your family together. Frankly, I love Japan.” Forget all that wussy talk! I am back in the game, y’all. Watch out! 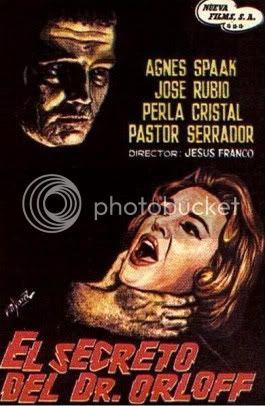 As he lays dying, Dr. Orloff reveals to his colleague Dr. Fisherman (played by Marcelo Arroita-Jauregui) his secret theory for resurrecting the dead. Fisherman puts the theory into action and reanimates the corpse of his brother Andros (Hugo Blanco), whom he murdered. With Andros’s body, the evil doctor is able to satisfy his sick desires by commanding him to murder strippers. Just as he is getting started with his dastardly plans, Andros’s daughter Melissa (Agnes Spaak) shows up to stay with her uncle and her drunk Aunt Ingrid (Luisa Sala). Melissa knows something hinky is going on in the castle and she enlists the help of her boyfriend Manuel (Pepe Rubio) to get to the bottom of things.

If you aren’t convinced by the magic of Jess Franco just yet, then you need to check out Dr. Orloff’s Monster. This film is easy on the eyes, full of ennui, fun to watch, comically dubbed (probably not on purpose), and it will even tug on the old heartstrings if you’ll let it. Don’t get me wrong, this flick is a thinly plotted sequel but its pop art sensibility combined with its gothic overtones make this a lovely if kitschy thing to behold. The music is equal parts dirge and upbeat jazz and the black and white camerawork by Alfonso Nieva is damn near perfect.

This film is tragic magic. One might even say it is tragical. The melodrama is very strong, somewhere between 110-135%, so please, use only as directed. Do you like pseudoscience? Are you a pseudoscientist? Then step right up and rejoice. Stop being a square and watch Dr. Orloff’s Monster. I can’t promise you will be happy but I guarantee that this movie will tickle your melancholic fancy spot. For some reason, I like this even more than the original The Awful Dr. Orloff. What does that say about me? It says that I don’t know when to say when.

“If you’ll permit a lack of taste, sergeant, I think I must express myself with a vulgar display of swearing… Gadzooks!” 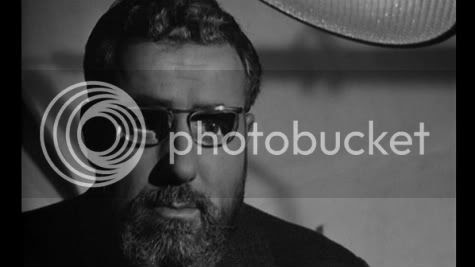 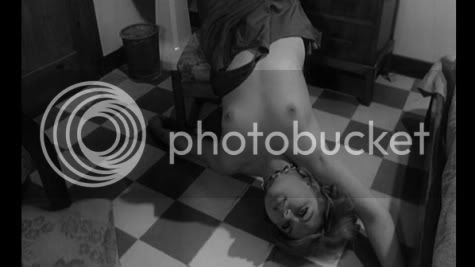 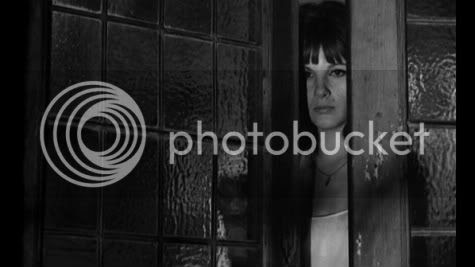 My dad would NEVER kill strippers if he weren't a brainless automaton, duder! 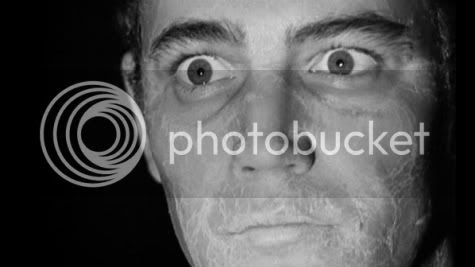