I love Australia. Their films are something else. No really, I don't know what in the heck is up with them! I decided to gather together some Australian films, some unseen and some I hadn't watched in many, many years, to see what I could um... see. There wasn't time for a proper moviethon so I just spaced out the films over a week to save myself from going completely insane. Was I successful? Let's find out. 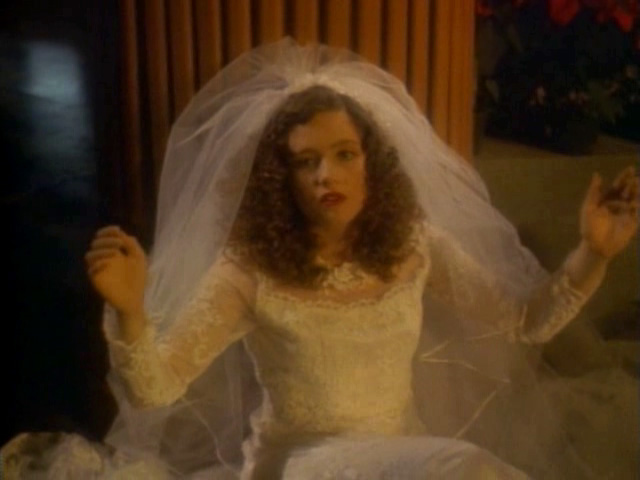 Some dumb and irresponsible college ne'er-do-wells run afoul of a deranged Irish police officer named Murphy (Steven Grives) and make matters worse by breaking into a department store after hours. The aforementioned psycho cop follows them to the store, traps them inside, and hunts them down. This incredibly colorful and stylish effort comes from Stephen Hopkins, the director of A Nightmare on Elm Street: The Dream Child (1989).

Grives's performance of Murphy is completely unhinged and freakin' intense. With its delirious visions and unreal atmosphere, it's no wonder that Dangerous Game has stuck in my head since I was a kid. The film is a little overlong but I think they just needed time to sneak in more weird shit. When a consumer dream turns into a nightmare, you'd better watch out! I'm too scared to check and see if that's a real tagline for this film.

If I've seen this before then I must've been drunk because I don't remember a damn thing about it. In a tiny town called Paris, there's a conspiracy afoot- or should I say "awheel"? Arthur (Terry Camilleri), an unemployed duder, gets stranded in Paris after his brother is killed in a horrific car accident. It isn't long before he begins to suspect that the citizens' unique economy might be more than slightly sinister.

The music score by Bruce Smeaton is utterly gorgeous. Speaking of gorgeous, Max Spence of Mad Max 2: The Road Warrior (1981) and Mad Max Beyond Thunderdome (1985) is in this! The Cars That Ate Paris is darkly funny and tragically sad. And it just turned into a spaghetti western. We'll be seeing more from director Peter Weir this week. 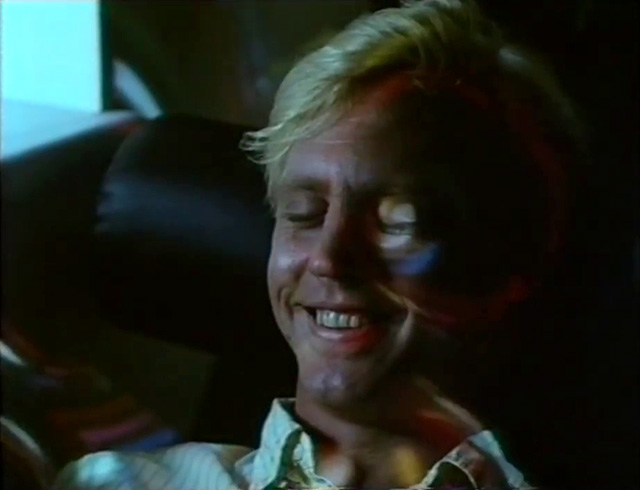 "I hope you realize I'm being flippant."

Woops! I had to skip a day to recover from a sinus headache but I'm back at it. Brian Trenchard-Smith, you magical bastard! An invisible force is killing successful women and college professor/composer David Gaze (Mark Hembrow) is somehow connected. I'm getting a giallo vibe from this wacky stuff. Gaze dreams of the crimes as they happen but doesn't know how to stop the killer. Finally, Gaze thinks he's got his big break once he dreams of a famous newscaster but thinks don't go so well when tries to warn her.

Wait, is his cat supposed to be involved in the crimes? And why is the killer collecting the eyes of his victims? I have no idea. But there's a sub-subplot where a detective constantly sexually harasses his female coworker. Classy, dude. There's a swimming pool at night scene! I love those. Always consult your physician before you even consider astral projecting. This one is kind of a wacko Aussie version of The Eyes of Laura Mars (1978). I like it! 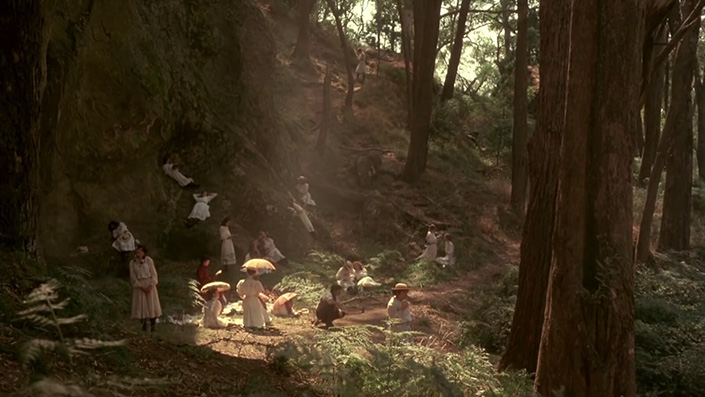 It's been so long since I've seen this film that the only thing I remember about it is that it's beautiful and the giant cave of genetically engineered albino half-man, half-wombats at the end. Sorry for the spoiler. Of course, Aussie mainstay, John Jarratt, is in this one! I adore the magical, science fiction-y vibe of this classic. I don't want to say that the cause of the mysterious events at Hanging Rock (a really big rock) is aliens but it's aliens.

Three young girls and a teacher disappear on a field trip out to Hanging Rock. This was back in the early 1900s so they didn't have Instagram or anything. LeEtta and I would like to know why the fat character has to be so annoying. We feel attacked! Damn, this gets creepy. What the frick? The haunting vocal bits of the score remind me of The Beyond (1981). Hold up, this wasn't based on a true story? Did everyone else know that but me? 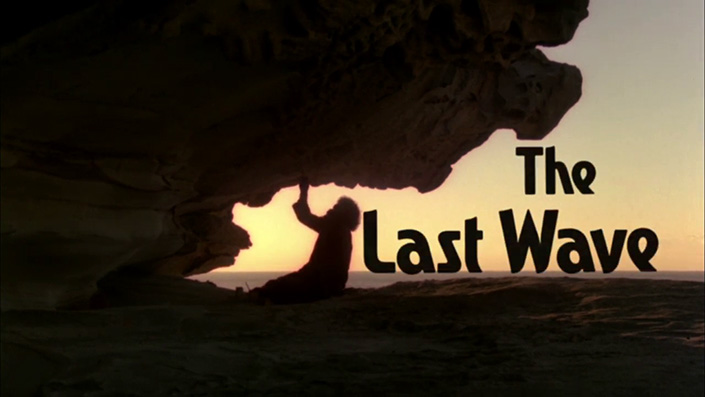 The Last Wave has been on my radar but it has kept eluding me, until now. Some movies are lil rascals! Freak weather patterns throw Australia into chaos. It's up to Richard Chamberlain to save the day! He uncovers a gang of Eco-terrorists who've hijacked a weather machine and unless the government enacts stricter emissions testing, they will drown Australia in a snowdrift. There's water in every scene of this film which means that the viewer has to peepee.

Chamberlain gets called in as legal council for a group of Indigenous Australians accused of killing a man under mysterious circumstances. The weird thing is that he's been dreaming of their de-facto leader Chris Lee (David Gulpilil) for days before ever meeting him. The sound design in this film is so damn good. I hope that movies are still being made with sound nowadays. By the end of this film, I'm in awe. Tonight was a quite a journey. Thank you, Mr. Weir(d). 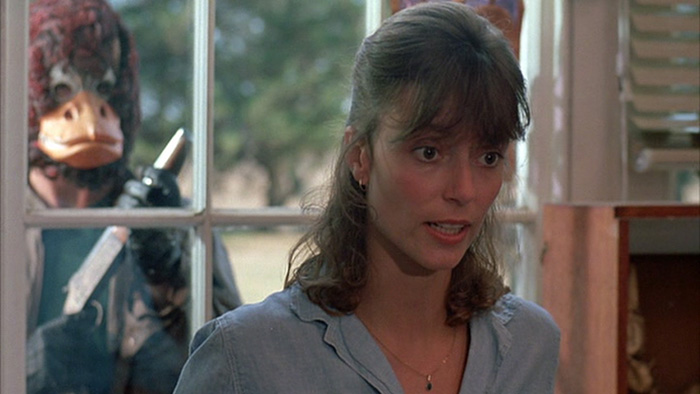 Here comes a blast from my past. As a kid, this movie freaked me out so bad. A gang of creepos in animal masks kidnaps a (hot) teacher named Sally Jones (Rachel Ward) and her schoolchildren to get some of that bloody red Australian ransom money. They take the kids and their teacher out to Hanging Rock and stick them in a hole while waiting for the parents to pay up.

Some of the music in this film is blowing my mind and not a good way. Sally ("Miss Jones" if you're nasty) and her kids are very resourceful and MacGyver their way out of their hole and into our hearts. Fortress is much less disturbing now that I'm in my late 80s but it's still got some bite to it. Hoo boy, if there was ever a film that teaches you not to mess with Australians, this is it. Director Arch Nicholson served as second unit director on the next film I'm covering!

LeEtta and I were watching The 13th Floor (1988) when the sound on my copy went perilously out of sync. It was not ideal. So I decided to jump into this unseen-by-me film, even though I was saving it for Sunday. I always considered renting it from the video store but somehow never did pull the trigger. The cinematography by Dean Semler, who shot Max Max 2: The Road Warrior (1981) is so damn good that I can hardly stand it. Throw in some bonkers ass larger-than-life Australian rednecks and some truly bizarre imagery and you have a winner. What's it about? It's about a 9 foot tall soccer player named Razorback who wins the big game but not before learning a valuable lesson! You need to see this. Director Russell Mulcahy went on to helm frickin' Highlander (1986)!

Well, I guess had to stop somewhere. For the final Aussome film of the week, I figured what could be better than a vampire version of The Bitch (1979)? Veteran TV director Rod Hardy brings a unique touch to this film that could not have been made at any other time than the late-1970s. To say that this is a product of its time is an understatement and I love it. Our heroine Kate (Chantal Contouri) wakes up in a coffin and bam! We get our titles. The End. The film rewinds a week and we find out that a cabal of dang weirdos are watching Kate's every move.

Before things got crazy, her life was a bland but very chic fantasy. From her meticulously decorated mansion to her mustachioed hunky boyfriend and their fireside romance novel-style lovemaking to her vague high-powered position as a cosmetics executive, this shit is ridonk. Once the aristocratic race of vamps reveal their plan for Kate, she's decidedly not into it. Victor Silva and David Hemmings are on hand to class things up. The conspiratorial vibe is fun but I'm really here for the blood shower. Well, thanks for hanging out, my friends. I will definitely be returning to this fine country in order to sample its brilliant and inimitable cinematic output again sometime.