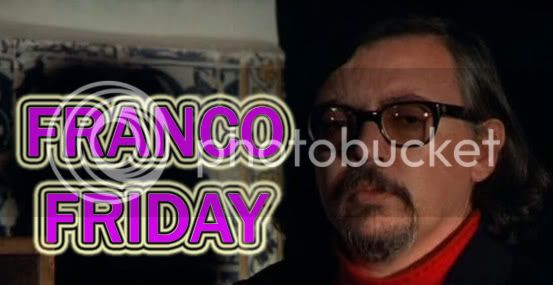 It's like I told my friend Brad the other night: "It is time once again for me to get Franco'd in the Jesshole." And what better way to do that than by watching a film that I was both dreading and looking forward to. So please, read my review. What would you be doing if you weren't reading it, huh? Shooting paintballs at stop signs? Is that your new thing? Man, you've changed. 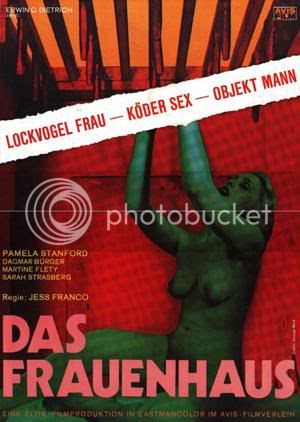 Blue Rita (played by Martine Flety) is more than just a stripper, she's also a madam (you know, the boss of hooker kind) and an extortionist of money and secrets. With the help of her assistants, Gina (Pamela Stanford) and Franchesca (Sarah Strasberg), she lures men into her nightclub/brothel, captures, and tortures them for profit. The torture is the sexy kind because Franchesca has whipped up a green goo that makes men super horny. When duders are hard up, they talk; they always talk. There is a new girl among her evil team. Her name is Sam (Dagmar Burger) and she is hot stuff. She is instantly assigned only two tasks: seduce dudes and be Blue Rita's lover. 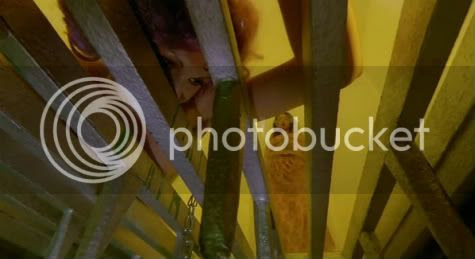 Pretty soon, Sam is given the task of catching the eye of boxing champ, Janusch Lassard (Eric Falk), and adding him to Blue Rita's collection. She does this easily but she can't seem to stay cold and calculating like she's supposed to. There's just something about this guy that Sam can't resist. But that's not all that's going wrong; things are spinning out of control in Blue Rita's organization. It seems that there is a traitor among her most trusted accomplices and Interpol is closing in. 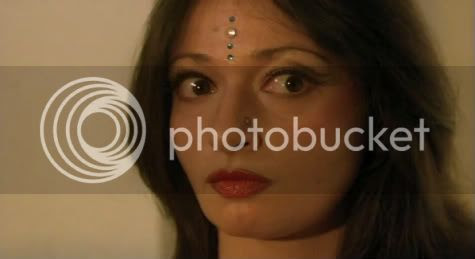 What I love about Blue Rita is that the plot feels like it was written by a pervert (what, no way!) but one with the brain of an 11 year old (oh, I see). Though the budget is very small, it is obvious that the producers of this movie were very nurturing to Franco's needs as a director and (presumably) gave him complete freedom. It kind of reminds me of Jean Rollin's Bacchanales Sexuelles only way more stoned. Even if you have no interest in seeing Blue Rita, the LSD-addled opening credit sequence alone is worth watching. The lighting and the camerawork compete with one another to see who can outdo each other in the garishly tacky department. 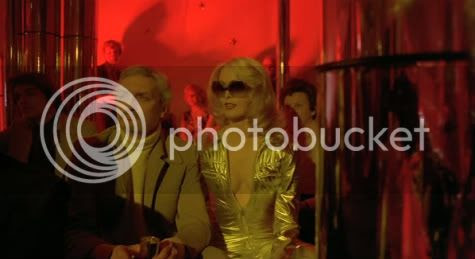 The cast of this film is frickin' excellent. Everyone has a bizarre or goofily written part and they all go for the gold or at least the cheese. Martine Flety is great as the diabolical, often undulating, and sadistic Blue Rita. Her backstory is that she was tortured with a red hot poker in a very private place so she takes great pleasure in torturing men. Don't worry though, Franchesca is whipping up a pink potion to slowly rehabilitate Blue Rita's vajayjay. I really dig Sarah Strasberg too. She looks really familiar and her wide-eyed surprise takes are friggin' genius. 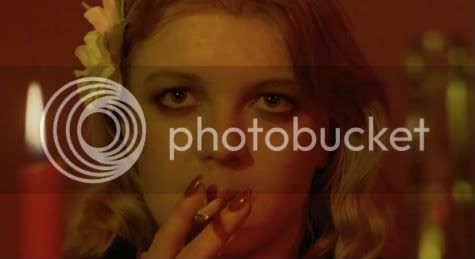 My two favorite ladies in Blue Rita are Pamela Stanford and Dagmar Burger. Burger is very charming as Sam (her name in the German version is Sun, btw). I wasn't that sure about her at first. She seemed distant, not that into it, and she has this mannish body that just makes me feel strange inside. But of course, she totally rocks in her role and I love her to pieces! Stanford is outrageous as Gina, the -I don't know- vampish muscle behind the operation. She runs over a hooker with a car, wears a very revealing silver jumpsuit and gigantic sunglasses, and just exudes sexiness in every shot. Her character gets a raw deal in this movie. That's gratitude for ya. 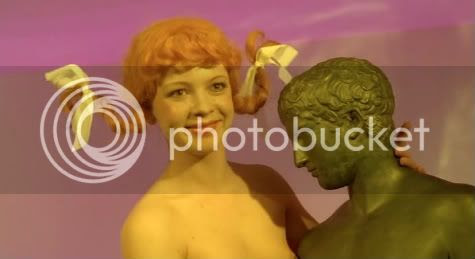 I guarantee you will not believe your eyes when you see Blue Rita. This is Franco combining the experimental with both fun and intentional hilarity. Eric Falk gets a fight sequence that had me falling out of my chair with laughter. If you like drug inspired flights of fancy wrapped in an sickly sweet candy shell or you just have an inflatable furniture fetish, check this out immediately. Let me give you an idea how fucking ridiculous this is: with only 10 minutes left, I found myself saying "Wait, this is a Cold War spy caper?" My only criticism of this film are some of the softcore sex scenes and stripping sequences are too long but no where near as bad or as interminable as the ones in some of this director's other works (Macumba Sexual, in particular). Blue Rita is very close to essential Franco. 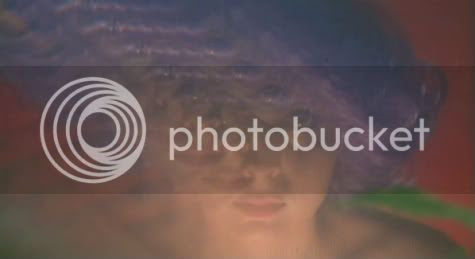 "I'll take you to my friend Andre. He has lovely little piranhas in his pool."
Posted by Richard of DM at 7:00 AM