Franco Friday #25: The Girl from Rio 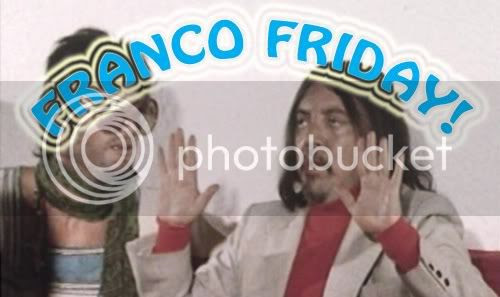 Hey, sorry about last week. I kind of flipped out. Lorna the Exorcist almost made me quit this entire Franco Friday thing. I decided to make a list of the Franco films I wanted to watch, not the ones I felt I had to, and before I knew I it, I had 10 more movies I wanted to see. So dig this, in order to lift my spirits out of the gutter, the next 5 Franco Fridays will be films that I am actually looking forward to. Then I'll be ready to get back into the softcore bullcrap again. Here we go.

After stealing 10 million dollars in stolen money, Jeff Sutton (played by Richard Wyler) finds himself on the run in Rio de Janeiro. First he is pursued by Sir Masius (George Sanders), a gangster with as much style and class as he does henchman and trust me, he has a lot of henchmen. Next, Jeff runs afoul of the mysterious Sumuru (Shriley Eaton), a mysterious woman who has managed to acquire enough wealth and female followers to form Femina, a country of deadly women with very strict laws and extremely skimpy outfits. But don't you worry, men of the world, the insatiable and irresistible Jeff has a few tricks up his sleeve. 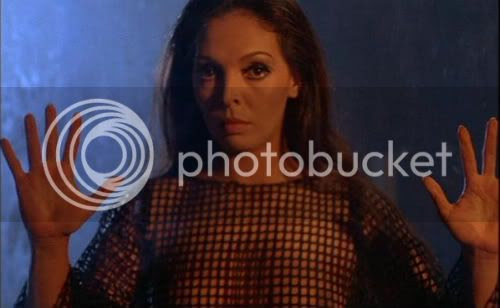 And so it begins: a woman in a mesh dress writhing around in the mist of a smoke machine. Could this be the one? No, there are two problems with The Girl from Rio: 1. the leading man is wretchedly awful and 2. there is a major lull in action in the middle of the film. I'll get to both of those things in a moment. Obviously, this film is not meant to be taken seriously. It's kooky, silly, campy, and cheap in all the right places but I wouldn't go so far as to call it likable. I'm afraid The Girl from Rio is just too off to be classic Franco. Not even the excellent score by Daniel White can save the day. The music is a combination of sultry pop (the theme song is to die for), jazz, and lush orchestral goodness. That and the excellent cinematography are the best parts of this darn movie. 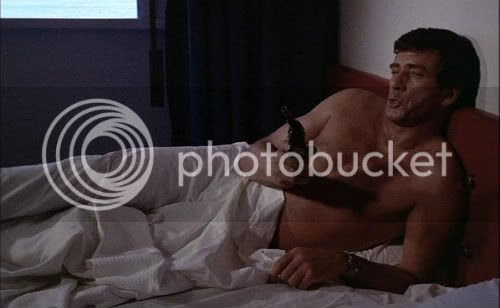 Almost everyone in this movie is pretty amazing. Almost. Shirley Eaton (Goldfinger) attacks her insane role with lots of gusto. George Sanders of All About Eve (!) is slumming it but seems to be having a great time, reading Popeye comics and clowning around. Maria Rohm, Elisa Montes, and Marta Reves are all vivacious and just wonderful to watch on screen. So what the fuck is up with Richard Wyler? He's going for a James Bond/Lee Marvin kind of a thing but fails at both. If this guy had stopped trying to be tough or too cool for school and actually squeezed some charm into his performance, he might have actually worked out. But no, his character is a smarmy dick and he literally has one good moment in the entire film. 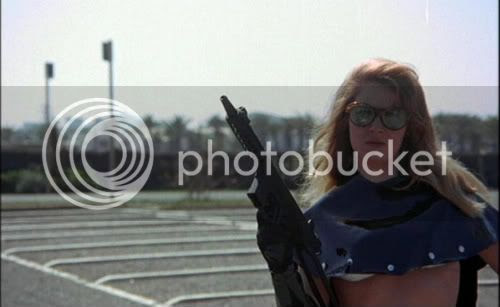 Like I was saying before, The Girl from Rio has a major boring bit in the middle. Even the musical score just kind of stops for a while. This occurs while Jeff is being held prisoner in Femina. When the film should have been more hallucinogenic, comedic, or just over-the-top, it just slows down to a crawl. All the crazy costumes and naked lady flesh on display don't make up for how I bored I was during this part. This part segues into some Carnival footage taken in Rio that would show up again in Venus in Furs. Yeah, it's not interesting here either. 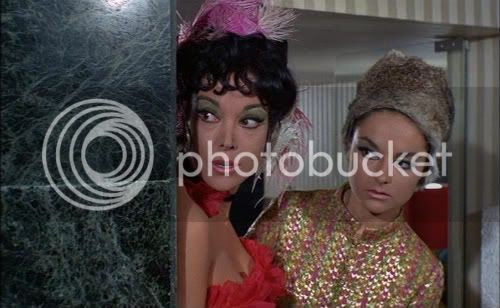 All complaints aside, I still enjoyed the beginning, the end, and the afterglow of The Girl from Rio. This film is very uneven but the enjoyable bits are very, very rewarding. And if you happen to dig on Richard Wyler's douchebagel performance then you might even like this even more than I did. Any time that Elisa Montes is on camera, I am happy. She is the bright shining star of this movie and steals every scene she's in. So yeah, Franco made a cheesy comedy S&M crime/spy caper but managed to make it boring. Go figure. 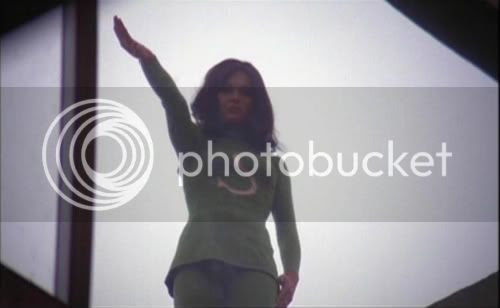 "What kind of a space age sorceress are you?"
Posted by Richard of DM at 7:00 AM