The Store is Open 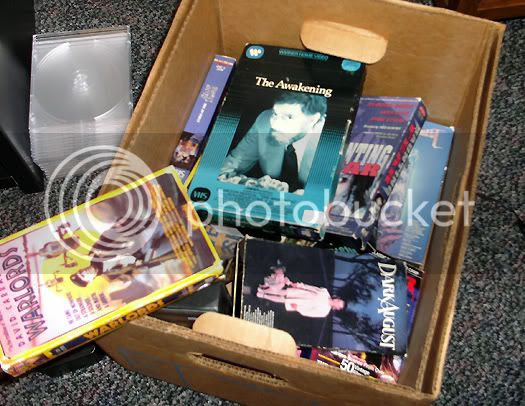 Hello! Well, I finally decided to start selling stuff on eBay again. I realized that I needed to do two things: 1) I need to make space in my domicile and 2) I want to raise money for a little horror movie I want to shoot in November. So HERE IT IS, my little store. If any of you buy anything from now until November, I'll put your name in the credits of my horror movie (which I'll be telling you crazy kids about later) as "Less Than Executive Producers". Most of the stuff in the store will be VHS cult and horror flicks but there might be some DVDs and movie magazines and stuff later. Not sure about all that I'm willing to part with. Stay tuned for updates and stuff.
Posted by Richard of DM at 8:43 AM