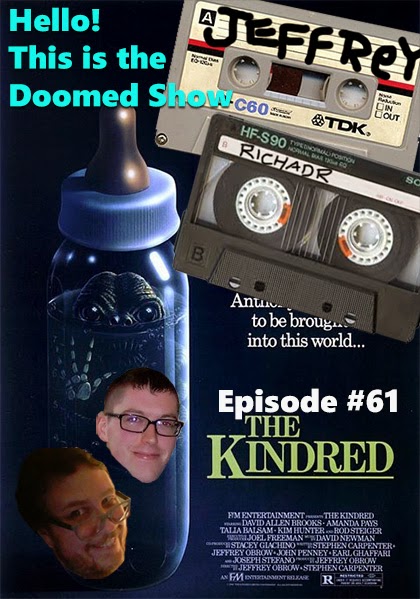 It's the last episode of 2014? Really? Yep, it's true. Our hiatus which started -like 2 months- ago is finally kicking in. We will be back in January (and if you're nice and not too naughty, there may be a special surprise from Brad and I in two weeks). But yeah, Jeffrey and I recorded our talk on The Kindred a while back and I put it in the "Rainy Day Episodes" folder until now. It's a good time episode, that's for real. Listen and write in to the show (doomedmoviethon [at] gmail.com). You should suggest a film for us to cover. If we haven't done it before, we'll totally cover it in 2015. Or just write in to let us know if you hate us!

Check out the archives!

We're on the iTunes as well. If you're into that kind of thing.