My first impression of Dracula 3D 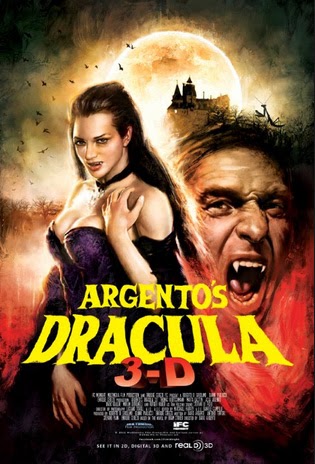 I finally decided to watch Dario Argento's Dracula 3D. Here are two lists I made while watching it; one for the good and one for the bad. Also, let it be known that the copy streaming on Netflix looks like utter shit. It is way, way too bright. I plan on buying the Blu-ray of this film for a proper look at it. But for now, here is my first impression of this huge flop of a movie.

The flying-through-the-village opening credits look like shit.
The Dracula-owl looks like shit.
The train station looks fucking shit. What the fuck?
The wolf transformation scene is the best that the computers of 1997 had to offer.
The script is very silly.
People that should be dubbed, aren't.
Cheesy sound effects.
The acting is bad, especially from Asia Argento and the duder playing Jonathan Harker.
I really don't like the vampires turning to dust in this. More poor CGI.
The praying mantiss scene is insanely dumb.
10 minutes too long.
"Thank God I had enough garlic for one bullet."