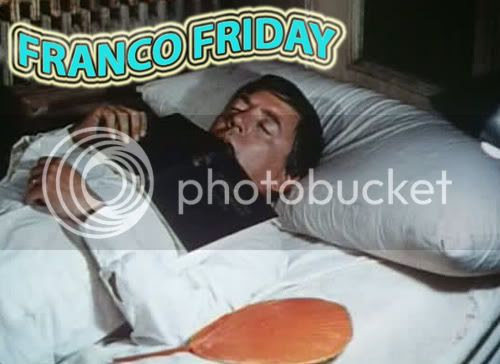 As far as milestones go, I think reaching my 40th Jess Franco review isn't too bad. Of course, it's actually my 39th since my friend Nafa wrote one. But you know what, so what? Happy anniversary to me. Anyway, today is the first day of my vacation and I chose to spend the first hour and a half of it on some Franco via VHS. No one can stop me because no one cares to. Jess Franco as a serial killer? Sign me up! What could possibly go wrong? 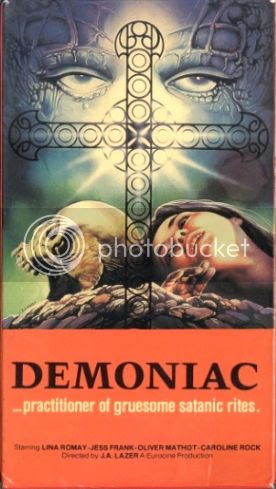 Jess Franco plays Mathis Vogel, a defrocked priest and madman who believes that it is his duty to help sexy young women repent for their sins. Not too surprisingly, thanks to the release date of this film and the idiocy of the audience (myself included), the only way to do this is at the end of his switchblade. Idiotic cops are on his trail but they are stupid dumb idiots stupids who are too stupid and too dumb to stop him. Vogel writes about his crimes and has them published by an erotic magazine published by some guy named Pierre (Pierre Taylou). He falls for Pierre's secretary, a swingin' happy-go-lucky gal named Anne (Lina Romay), and decides that he must save her soul as well. 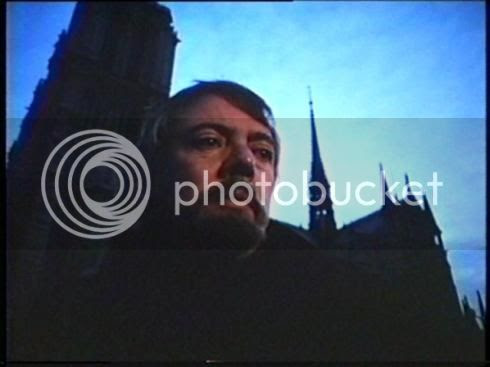 My plan has backfired. You see, when I decided to watch the Erotikill version of Female Vampire (see the results here), I found enough accidental magic to have myself a gay old time (that means "a happy time", by the way). I was hoping the same thing would happen with Demoniac, a bastardized version of Exorcism. In a (presumably) shrewd move, Franco filmed a couple more murder scenes and some shots of his character attempting to repent for his sins six years after Exorcism was released and cut them in to make the film into a body count flick. Well, it worked! That's why this version is so famous and moviegoers the world over always have a fondness or perhaps -dare I say it- an orgiastic love of Demoniac. 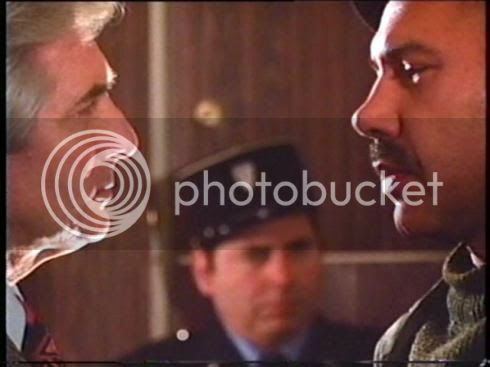 Of course, I'm lying. No one gives a triple shit or a tin fuck about this boring ass garbage. It took me over three hours to sit through this 79 minute bullshit. I took a nap and a lunch break just to get through this nightmare. So what did I like about it? Well, as you probably have figured out by now, I can sit through most any Euro-garbage. All of the scenes with the cops in this movie are great semi-intentionally funny droll comedy gold. The scene wherein a poor, innocent (and insanely sexy) hooker comes on to Vogel was pretty good. It ends with him calling her a hussy and stabbing her to death but hey, that's life in the big city. Finally, the best thing about this movie is that the continuity goes right out the window whenever they cut between the 1975 footage and the 1981 footage because Franco not only looks older but also has a terrific mullet (hair extensions?) in the new footage versus his long hair in the older. This movie could have been saved by more nightclub dancing sequences. 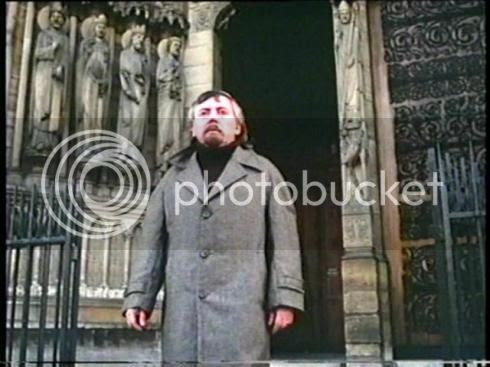 Final note: You'll probably be seeing a review of Exorcism down the line. It has to be better than this.