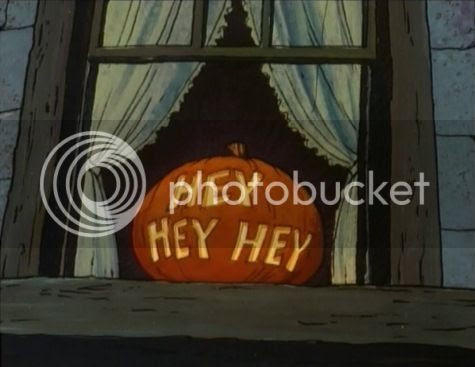 When I was a kid, there was a show that was extremely addictive, somewhat embarrassing to admit that you liked, and kind of totally awesome. That show was Fat Albert and the Cosby Kids. I think I saw pretty much every episode of this show on TV when I was a kid. A few years later, my health teacher in 7th grade threw on episodes of Fat Albert every time he ran out of slides of STD victims to show us. I would totally pretend it was lame but deep down I knew the show was important. Why? Because the show taught a lesson. Sure it seemed like there were many lessons but in reality it all came down to one: DON'T BE A SHITHEAD. 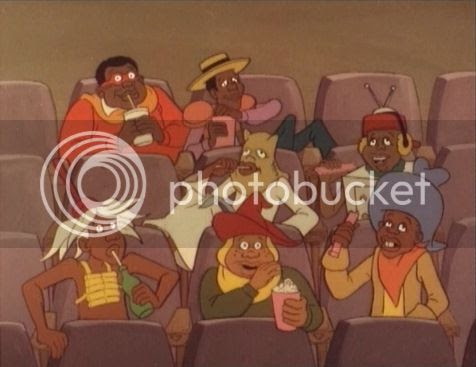 In Fat Albert's Halloween Special, the gang is hellbent on pulling some pranks and scaring some old codgers in their neighborhood. Fat Albert tries to warn them by saying that scaring people isn't cool but of course they don't listen. After some shenanigans in a graveyard (what, no necrophilia?), the gang's next stop before the scaring festivities begin is to the theater for a Halloween showing of Space Squids that Ate Pittsburgh. But they get thrown out after Devery and Rudy play an idiotic prank. 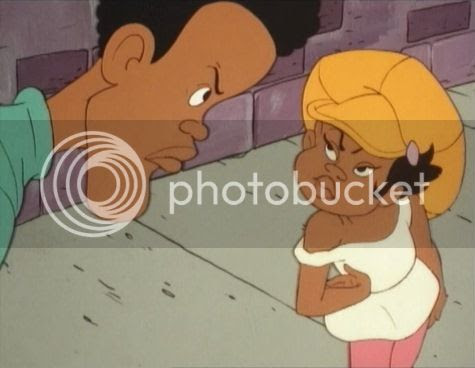 "You jivin'? My brother Devery is no chicken. He's a lame duck with no pluck."

When Devery's tattletale little sister Melba shows up with the intention of spoiling all the fun, Devery challenges her to go up to Mrs. Bakewell's, the creepiest house on the block, to trick or treat. She accepts the challenge and, with Russell in tow, she marches up to the house. While the gang watches from the yard, Russell and Melba go into the house and everyone fears the worst. They burst into the room and discover that Mrs. Bakewell is just a nice, lonely widow who is more than happy to give the kids candy and soda. See, there's the lesson: Old people are cool. Devery finally gets his when his dad shows up and (presumably) beats the crap out of him. 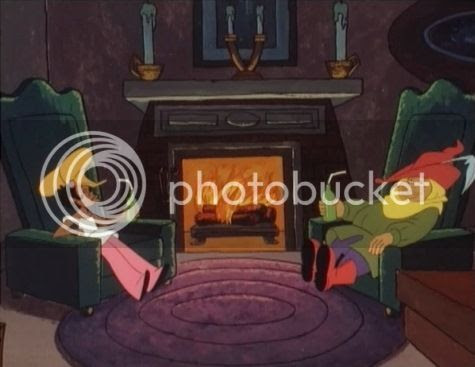 I was under the impression that I had somehow missed Fat Albert's Halloween Special but the scene where Melba and Russell are chillin' in front of the fireplace drinking sodas brought it all back. Of course I've fucking seen this. Duh. I remember wondering what kind of soda they were drinking: Coke? Pepsi? 7-Up? Mountain Dew? What!??!?! The mystery still haunts me. 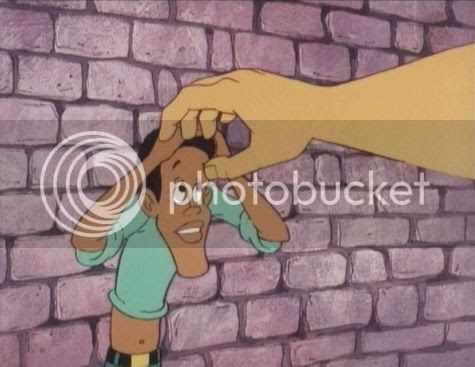 This is what happens when you act like a shithead.
Posted by Richard of DM at 7:00 AM