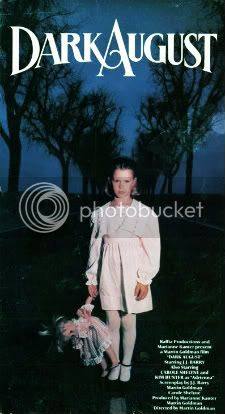 I wanted to love Dark August but sadly, I don’t. This film, released in the year of my birth and named after my (probably dark) birth month seemed like the most serendipitous horror movie event of my life. It isn’t. The recurring 1976 theme of a cloaked figure (see Land of the Minotaur and the story my mom provided for my bizarre origin story) shows up and Sal smokes Vantage, my father’s brand of cigarettes. Weird, right? Anyway, I fired this flick up on my birthday this year to see what all the fuss was about. (There is no fuss anywhere about this movie.) 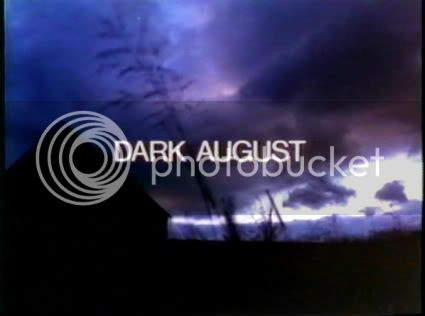 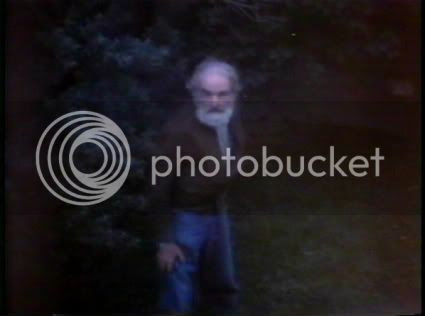 After accidentally running over a young girl, artist Sal Devito (played by J.J. Barry) is haunted by three things: visions of the tragic incident, a strange figure lurking in the woods, and by Old Man McDermitt , the girl’s grandfather. As Sal’s mind is slowly coming unglued, his girlfriend Jackie (Carolyne Barry) tries her best to stand by her man. Jackie’s friend recommends that Sal seek spiritual guidance from Adrianna (Kim Hunter), a witch who specializes in white magic. Adrianna discovers that someone has placed a curse on Sal which summoned a demon to torment him. 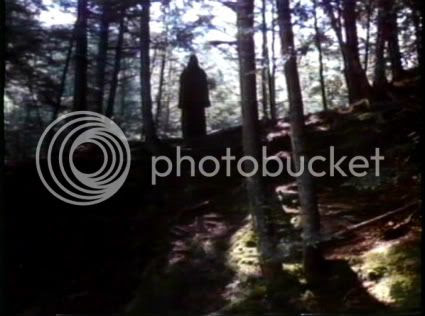 Director Martin Goldman takes a pretty big chance with his take on what a horror film should be. Without an effects budget or a high body count (this definitely ain’t no slasher film), he instead focuses on psychology, the performances of his actors, and the supernatural. But you’ll have to use your imagination here as almost nothing otherwordly is ever shown in Dark August to indicate that what’s happening is anywhere but in the minds of the characters. The score by William S. Fisher is a jazzy synth mishmash with some wacko drums and piano (so of course, I dig it). The workmanlike cinematography by Richard E. Brooks has a few surprises stashed in the film in the form of some gorgeously composed shots. 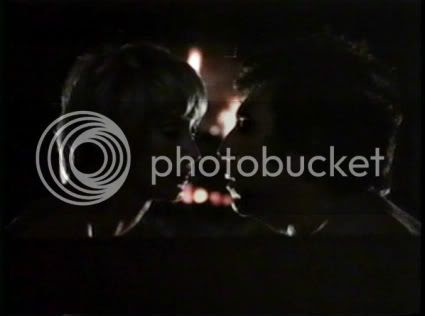 Unfortunately, the entire film hinges on Sal, a friggin’ unlikeable bastard. J.J. Barry (who co-wrote the film with Goldman and Carolyne Barry) turns in a great performance but his character is a selfish and smug douchebag. The only thing I liked about Sal’s character is that it doesn’t take him long to buy into the supernatural world around him. If this movie had taken an extra ten minutes he moronically vacillated between faith and science, I would have given up. Other members of the cast do a fine job but the script has them caught in a mire of banal melodrama. Dr. Zira herself, Kim Hunter, is great and she gets to spout some pretty crazy incantations during a séance which goes horribly awry. 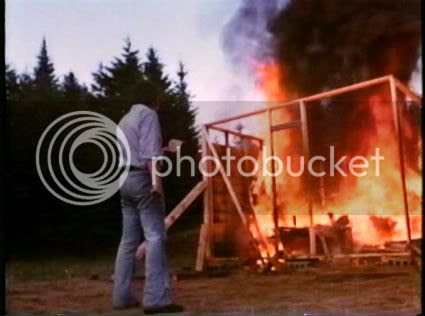 Despite its “Me Generation” whining, ponderous pacing, and actors’ workshop vibe, I have to admit that there is something special about Dark August. On the surface it feels like Savage Weekend but without the trashiness or the chainsaw. It does have a very well staged and surprising moment of violence that I did not see coming. Another cool scenes is when we first see the dark figure that is always watching Sal, it is chilling. Sal tries to catch this presence by following it deeper and deeper into the woods and his demon stays just out of reach and is always seen in a blurry haze. 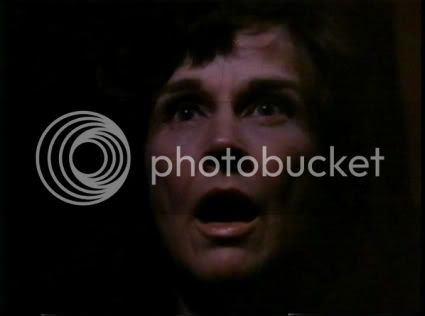 Also in the film’s favor: I watched Dark August after I burned my beat up Lightning Video tape to DVDR. In my experience, this always lends a claustrophobic, anything-can-happen vibe to old rare films like this one. I highly doubt that this fairly obscure film will get the special treatment if it ever does make it to DVD. It’s a shame because even though Goldman's film has some major strikes against it, I was left with a creepy feeling when it was over and a few things to think about. I can’t recommend Dark August too much because I don’t think horror film fans should go out of their way to find it. However, if this flick turns up on some 50 movie pack someday, patient folks should give it a spin. 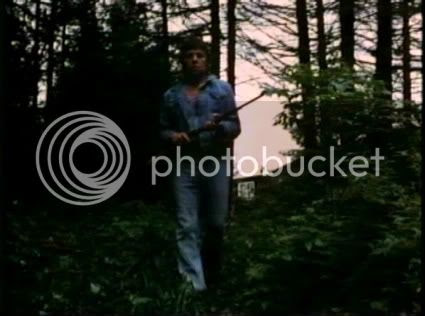 Like I said before, Dark August really stuck with me after I watched it. There was something about that ending. Throughout the film, Sal's dog whines whenever he is going out to the woods, especially when the dark stranger is watching. After Adrianna and is killed and Old Man McDermitt is destroyed by her freed spirit (I am just guessing on this one - it's fucking weird), Sal goes out into the woods with his shotgun and his trusty dog to catch the thing that has been haunting him. He doesn't find it, instead he finds a pair of inhuman footprints where the thing was standing. His dog becomes possessed by the demon, viciously attacks Sal, and he is forced to gun the poor beast down. The dog was trying to warn him throughout the movie! And wait, didn't Jackie's friend mention that there had to be a sacrifice? Hmm...
Posted by Richard of DM at 8:28 AM