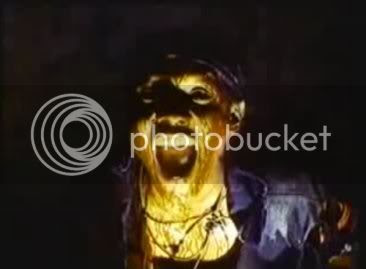 A street gang hiding out in the basement of an apartment building in the ghetto gets arrested after an idiotic tenant calls the cops on them. Because there is no evidence against them, the gang is released hours later. The murderous thugs, high on Angel Dust, return the same night to take their revenge on everyone in the apartment. As the gang rapes and murders (mostly murders) its way through the place, the remaining residents decide to fight for their lives.

This gritty piece of trash lives up to its reputation as a harrowing and gory little slice of evil. Former porn director Roberta Findlay (The Oracle, Lurkers) pulls no punches in what is probably her best film (but that’s not saying much). With decent writing and actors who may not be very good but who clearly care about the material, this shattered my expectations (which were low). Tenement is cheap, cheesy and nasty and contains some seriously disturbing and sadistic scenes. I can only recommend this relentlessly grim film for the truly depraved and jaded viewer. So yeah, it's pretty great.

The NOT SAFE FOR WORK trailer: