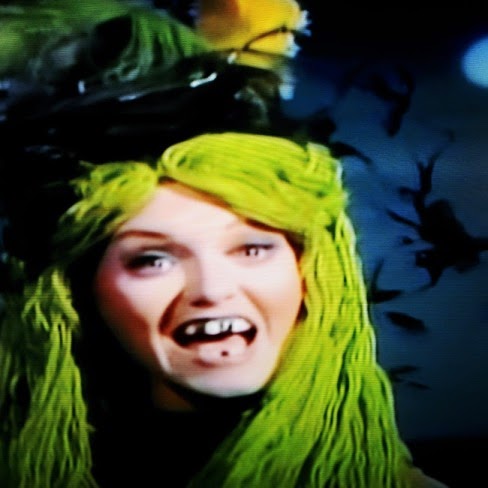 Well, holy crap. It's Halloween again. I had some content planned to drop today but my computer decided that it wasn't meant to be. Back in Semptember, I recorded a moviethon where I watched 9 of the 10 films from the Halloween franchise. I decided to pass on Halloween III: Season of the Witch because Michael Myers wasn't in it. I am a fan of that film but yeah, it was The Doomed Michael Myers-a-thon so parts 1, 2, 4, 5, 6, 7, and 8 as well as the Rob Zombie remakes were all in there. The video editing was going fine until my computer started crashing and I realized that I'm just too busy to fight and struggle and get it ready for you guys by today. Fear not for I will finish editing that video eventually and post it so you guys can watch it.

Check out the Freddy Cougar Moviethon.

And the Friday the 13th Voorheesathon.

One other thing that will pop up here eventually is my wife's and my October playlist. We have been keeping track of all of our spooky, haunted, and horrifying movies, TV specials, and Halloween episodes that we've watched this month. It should be a pretty massive post with all kinds of crazy shit in there. While I always wish we could have watched more, I can't complain too much just glancing at the piece of notebook paper that we've been filling up (front and back).

Just a quick note about the podcast: Thanks to me, Hello! This is the Doomed Show is taking a little break until January. I got really burnt out on editing the show and making it beautiful for your ears. We have two episodes and one special treat in the can so to speak and I will be dropping those on you every month until Brad, Jeffrey, Nafa, and myself are back in the studio recording new shiznit. The goal is to get something, anything recorded, edited, and delivered to the Podomatic feed in January. We have all kinds of good stuff lined up so you should be excited. We've been doing the show for 3 years now and that just blows my mind.

So that's all for now. I apologize for being so busy lately. Between the band, FAUXRROR, the zine, the podcast, the Giallo Meltdown book (still in the editing phase), various video editing projects, and reading lots of comic books, I am friggin' exhausted. My wife and I also bought a dang hang house this year so A LOT of time has been devoted to creating a living space out of 1949-era home. So anyway, I'm looking forward to 2015 as being the Year That Some Cool Stuff Happens. C U THERE, duders.