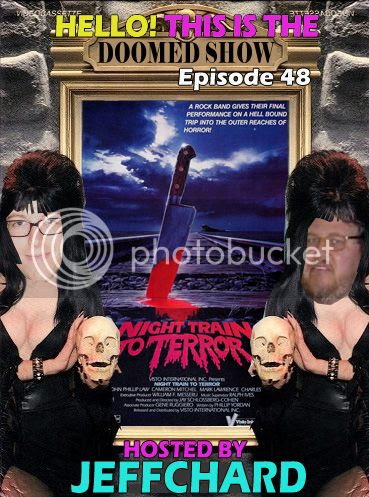 Despite being obviously too sick to record an episode, I jumped right under the tracks with my pal Jeffrey to talk about the freakin' bonkers horror anthology film, Night Train to Terror. Check out the new episode right here. What about the other 47 episodes, you ask? You can get them at the old episode archive. And I don't normally like to spoil what we're doing next (mainly because I rarely know what we're doing next) but just one week from today, I am going to drop ANOTHER NEW EPISODE on you guys. Jeffrey and I followed up our Night Train to Terror episode with a related-film: Death Wish Club! I am excited for y'all to hear these two episodes back to back, so there you go.