Another Friday, another Franco. Another Franco Friday! I cannot wait until the halfway mark and then I'll be all like woot woot! tiger pants take me to the challenge of the furniture fair be my poppy stilts hee hee hee haw haw terrible trouble these babushkas leopard LEOPARD LEOOOOOOPARD! Well, it may not go exactly like that but you get the idea. 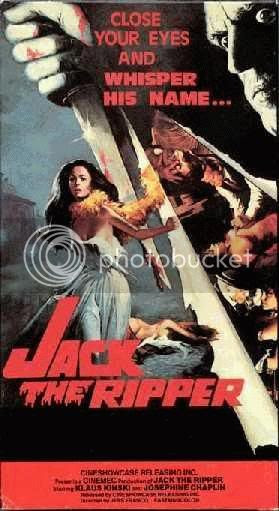 In the magical city known as London, a serial murderer known as Jack the Ripper has been killing and mutilating prostitutes. The killer is Dr. Dennis Orloff (played by Klaus Kinski), a seemingly kind though completely mad physician who specializes in treating the poor. Inspector Selby (Andreas Mannkopff) is on the case and is struggling with both a lack of evidence combined and moronic witnesses including a blind man (Hans Gaugler) with a great sense of smell. The inspector’s girlfriend Cynthia (Josephine Chaplin) decides to help him catch “Saucy Jack” by going undercover as a prostitute. 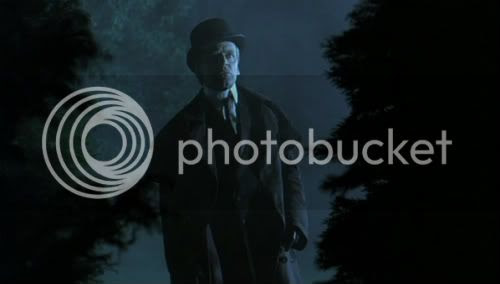 In 1976, Jess Franco sought out to make the most historically accurate, dare I say it: factually perfect film on the Jack the Ripper case. Through tireless research, he- Naw, I’m just fucking with ya! In 1976, Jess Franco went to Switzerland and directed this sleazy and nasty film. Don’t let the terrible English dubbing fool you, this is a competently made film with great lighting, camerawork, and set design. The sleaze factor is very high, especially with Jack the Ripper acting like Jack the Raper. I enjoyed the score for the film. It has a nightmarish carnival-esque quality to it. 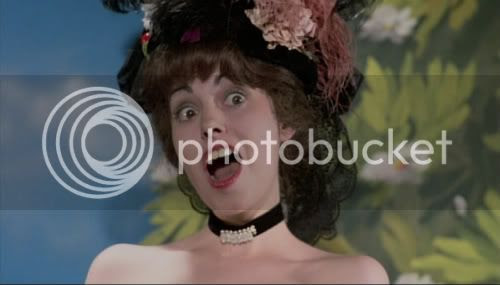 Klaus Kinski is okay in this movie. His character is methodical, cold, and mostly emotionless. His best moments are when he smiles and acts charming with the ladies in order to ensnare them. I really liked his insane and yet completely devoted assistant/housekeeper (played by Nikola Weisse) who likes to play with the bodies of his victims. Josephine Chaplin is cute but doesn’t get a whole lot to do. Andreas Mannkopff is pretty mediocre as the inspector but he gets very little in terms of characterization to work with. Lina Romay, playing a singing call girl, meets a particularly brutal end but it’s okay because she gets to lip sync a bawdy song. For your amusement, here are the lyrics: 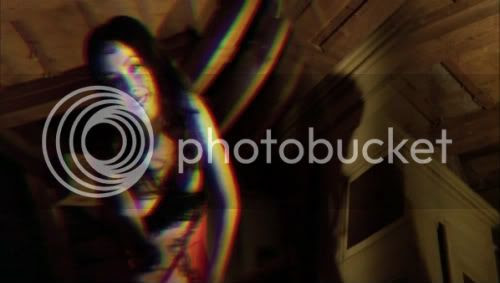 The only downsides to the film are a few shrill characters, weak writing, and some long dialog scenes while Selby goes over the facts of the case. And once again, Franco mines his previous works by borrowing most of this film's plot from his own classic, The Awful Dr. Orloff. Other than those meager gripes, I really dug the darkly entertaining Jack the Ripper. The material is not exactly what I would call uplifting but Euro-sleaze aficionados will find much to celebrate here. There are some jokes in the film but comic relief comes from the English dub. It is splendidly piss poor with all kinds of faux-Cockney garbage (just wait until you hear the hilariously effeminate cop). The gore effects are cheap but are wet and stomach churning. And for you Franco-heads in the audience, there is a nice hallucinatory moment when we get to see inside the mind of Jack the Ripper. 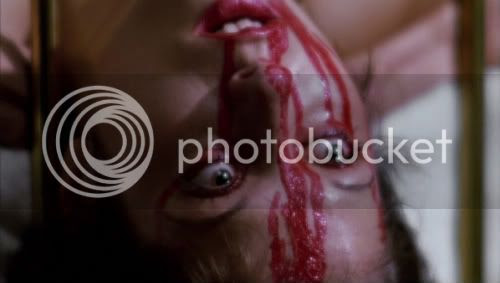 “Yes, it gives me a bad bellyache, this filthy fog!”
Posted by Richard of DM at 7:00 AM